Want Facial Skin to Look Younger? First Know the Risks and Benefits of a Facelift

Want Facial Skin to Look Younger? First Know the Risks and Benefits of a Facelift

The benefits of a facelift to tighten facial skin are well known. In addition, a facelift can also be done to overcome other problems on the skin due to aging. However, this procedure has some risks that need to be considered.
With age, self-confidence can decrease because facial skin is no longer tight. Facelift or rhytidectomy is often used as a way to make facial skin look younger. Not only that, this procedure can now also be done to reposition muscles, skin, and fat. 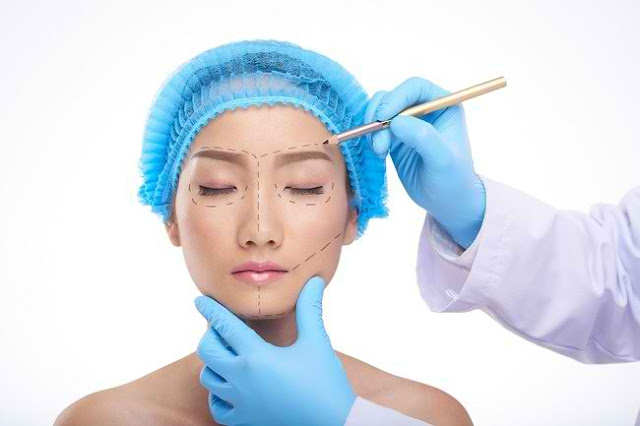 Benefits of Facelift on Facial Aging

Facelifts are generally performed on patients aged 40–70 years. However, it is possible to do it in older patients. The best results of a facelift can be obtained if the patient still has skin elasticity, even though it is already aging.
A facelift can reduce sagging or skin folds on the cheeks and jawline, as well as other changes that occur with age.
The results of this facelift procedure can last about 5-10 years. Even so, that does not mean the aging process has stopped altogether. This procedure also does not reduce fine wrinkles or skin damage from sun exposure.
Some other procedures that are often performed in conjunction with a facelift are necklifts for the neck, browlifts for the forehead, and eyelid surgery. Facial implants and filler or fat injections can also be done as a series of additional procedures in facelift surgery.

Preparation Before Undergoing a Facelift

Before doing a facelift procedure, you are required to consult a plastic surgeon to convey the goals and what changes you want. The doctor will later ask about your health condition, including the medications you are taking and the surgical procedures you've had.
Next, the doctor will examine the condition of the skin and the structure of the face and neck. This examination aims to see if there are scars, abnormal skin conditions, or facial asymmetry.
You will be asked to stop taking aspirin, anti-inflammatory drugs, or herbal supplements because they can increase the risk of bleeding. The doctor will also give antibiotics before the facelift to reduce the risk of infection.

Facelift Operation Process and Its Recovery

Facelift surgery begins with the administration of anesthesia and the formation of an incision that starts from the hairline at the temples, around the ears, and ends at the lower scalp.
Next, the skin and fat tissue will be removed from the muscle and connective tissue. This muscle and connective tissue can also be tightened by sewing.
After that, the skin will be pulled back to the desired position and the excess skin will be removed. When finished, the incision will be stitched back and bandaged. The facelift procedure usually takes 2–6 hours, depending on your overall condition.
In the first 2-3 weeks after surgery, your face will experience bruising and swelling. If the surgical wound has closed, the doctor will remove the stitches during a routine check-up schedule. However, keep in mind that the recovery process after a facelift is not the same for everyone.

Some of the Risks and Complications of a Facelift

There are several risks and complications that can occur after a facelift procedure, including:
In addition, a facelift can also cause hair loss around the incision site, asymmetry between the two sides of the face, and temporary nerve damage, which is characterized by impaired muscle function or numbness.
In addition, there are several groups who are at high risk of experiencing side effects and complications during and after undergoing a facelift procedure, including:
This group has a high risk of bleeding, longer wound healing, hematomas, and heart complications.
You should also be aware of some of the symptoms that can appear after a facelift procedure, such as:
If you feel the symptoms as mentioned above, immediately consult a doctor for further treatment.

In addition to the facelift procedure, you can also have firm and wrinkle-free facial skin by trying several other alternative treatments, such as:
Consider in advance about the risks and benefits of a facelift if you are interested in undergoing it. You can consult a doctor to get more information about this procedure, as well as about other alternative treatments that suit your skin problem and condition.