Bacterial infections that occur in the mouth can cause various health problems, including festering gums. Although it requires time-consuming treatment, you can prevent your gums from festering in a few easy ways.
One of the complaints that can arise due to disease in the mouth is festering gums. A person who experiences these complaints is most likely suffering from a dental abscess, which is a condition in which there is a collection of pus in the teeth, gums, or the bone that supports the teeth.
Collection of pus that is in the gums, precisely around the teeth, is also called a periodontal abscess. Periodontal abscesses are usually located in the deeper areas of the gums, including the pockets where the teeth are located.
A purulent gum can also be referred to as a gingival abscess. This condition is described as painful swelling of the gums. Usually, the location of the accumulation of pus in a gingival abscess is the gums at the edges and between the teeth.
Bacterial infections can cause inflammation which will lead to a buildup of pus in the gums. Of course, this should not be allowed to drag on, because purulent gums have the potential to harm the health of the body in general.
If left untreated, the inflammation caused by the infection can spread to other parts of the body. This can happen especially when a bacterial infection has entered the bloodstream. The body parts that are likely to have problems when the inflammation has spread are the jaw, heart, and brain. 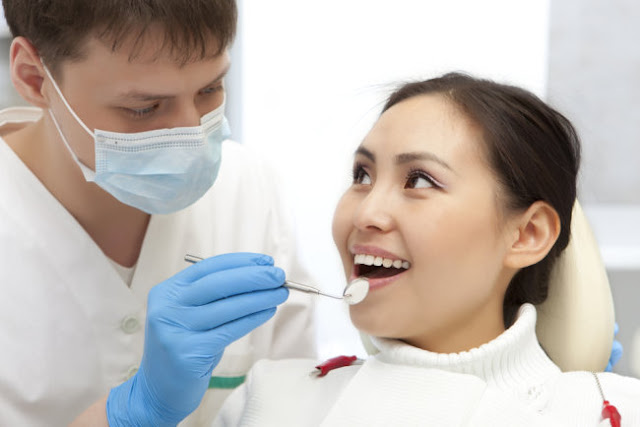 How to prevent festering gums

Fortunately, festering gums can be prevented in various ways. To understand it, see the explanation below:

To prevent festering gums, brush your teeth twice a day on a regular basis, followed by cleaning with dental floss. Its function is to remove food debris trapped between the teeth and gums. If left unchecked, food debris can invite infection-causing bacteria.
Diligent brushing of teeth is the main preventive step to avoid gingivitis. The recommended time to brush your teeth is before bed and after eating. Try to brush your teeth for at least two minutes.

Gum health is closely related to smoking habits. Pussy gums usually arise when the immune system fails to stem the attack of germs that cause infection.
One of the causes of a weak immune system is smoking. Smoking is known to make the healing process of gum disease difficult to manage. For that, as much as possible stop smoking so as not to be prone to festering gums.

Gum festering can also be prevented by brushing your teeth using the right toothpaste. Toothpaste containing fluoride is recommended because it can prevent tooth decay, so the risk of infection and inflammation of the gums can be reduced.

Oral cleansers or mouthwashes can also prevent gums from festering. This liquid can reduce plaque and tartar, and prevent inflammation of the gums (gingivitis).
The main function of mouthwash is to sweep away food debris that cannot be wasted even after brushing your teeth.

In addition to maintaining oral hygiene, preventing festering gums can be done by eating healthy snacks. Avoid foods or drinks with excess sugar content, such as candy and soft drinks, because they can make it easier for bacteria to multiply in the mouth.
The recommended intake is foods and drinks rich in calcium, such as milk and various processed products. Fresh vegetables and fruit are also good for oral health. Also, try to rinse your mouth with water after eating snacks.

To prevent festering gums, the role of saliva is very important. Because saliva has proteins and minerals to protect the enamel (the protective layer of the teeth) and gums, maintain a balance of bacteria in the mouth, and keep the mouth moist.
So that saliva production is maintained, try to meet the needs of water every day by consuming at least 8 glasses of water every day.

7. Check with the dentist

The last step to prevent festering gums, which is usually rarely done, is to have your teeth and mouth checked by a dentist at least every six months. Dentists can clean teeth from dirt and plaque more optimally.
How to prevent festering gums above will be effective only if done consistently. If the complaint does not improve after doing the various ways above, you should consult a dentist to get further treatment.