Women Need to Know, These Types of Foods Are Prohibited During Menstruation

Women Need to Know, These Types of Foods Are Prohibited During Menstruation

Before menstruation, some women may experience an uncontrolled increase in appetite. It's okay to eat, but be careful, okay? There are several types of foods that should be avoided or limited to avoid pain, pain, and bloating during menstruation. 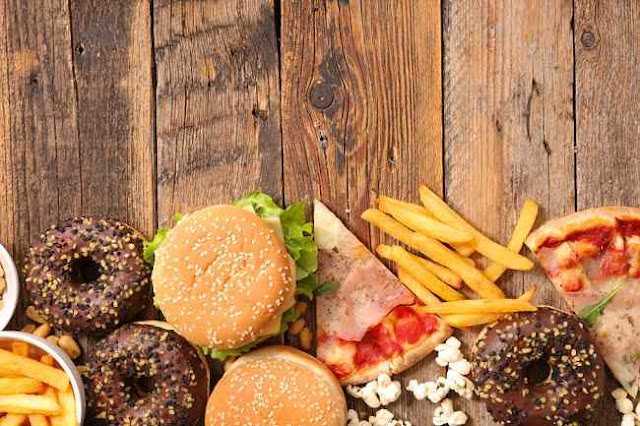 Not only does the appetite increase, before menstruation a woman's eating patterns can change drastically, for example, they still want to eat even though they are full, eat large portions, or eat constantly.
Relax, this is normal, really. According to research, this is related to increased levels of the hormone progesterone before menstruation which also has an impact on increasing appetite. Even so, as long as the appetite is high, foods that are prohibited during menstruation should still be avoided.

One type of food that should be avoided before menstruation is fast food or junk food. Although delicious on the tongue, these foods tend to be low in nutrients but high in calories and high in salt, so they are not good for health, including for women before and during menstruation.
In addition to fast food, some foods that are prohibited during menstruation or should be limited are:

Avoid consuming foods that contain high levels of salt before menstruation or during menstruation. This aims to reduce the symptoms of bloating and the accumulation of fluid in the blood vessels.
There are many things that can be done to get around excess salt consumption. For example, you can replace French fries with baked potatoes, which tend to be lower in salt.

During menstruation or before menstruation, you are advised to avoid foods or drinks that contain caffeine. Why? Caffeine can trigger feelings of restlessness, anxiety and sleeplessness or insomnia. All of these things can put you in a bad mood and even trigger feelings of wanting to eat more.
In addition, the caffeine content is also able to cause an increase in stomach acid production, which triggers heartburn, thereby increasing discomfort during menstruation.
In addition to tea, you should also need to limit coffee, soft drinks, energy drinks, chocolate ice cream, or other drinks and foods that contain caffeine or coffee.

Fatty foods should also be avoided because they can cause bloating which is quite disturbing, especially during menstruation. The fatty foods that should be avoided include fatty meats, sausages, pastries, cheese, smoked meats, and coconut milk foods.

Foods or drinks that contain alcohol should be avoided before or during menstruation because they can worsen premenstrual syndrome symptoms. In addition, alcohol can also cause a decrease in blood sugar levels, making you more sensitive and irritable, restless, tired, and can also cause headaches.

Tips for Controlling Appetite Before Menstruation

The desire to overeat during menstruation usually lasts only a few days. After menstruation takes place, this desire will usually decrease again. So, to keep your appetite under control at this point, there are some tips you can do, such as:
In order to reduce the pain that occurs during menstruation, you are advised to start regular exercise and adopt a healthy daily diet. A study revealed that the habit of consuming junk food can increase the risk of pain every period, you know.
So, eat natural foods that are easy to digest and rich in fiber, such as fruits and green leafy vegetables. You can also eat well-cooked chicken and fish as a source of protein and iron.
Increased appetite before menstruation is normal. However, try to keep an eye on the nutrients that enter the body and avoid foods that are prohibited during menstruation. Besides being able to relieve menstrual pain, proper nutritional intake is also important for overall body health.
If you feel excessive menstrual pain, accompanied by nausea, and it doesn't go away after taking painkillers, consult your doctor to get the right examination and treatment.