Various Benefits of Tuna for the Fetus

Various Benefits of Tuna for the Fetus

Eating tuna is very good for maintaining health. This fish is a source of omega-3 fatty acids that have various benefits for pregnant women and fetuses. 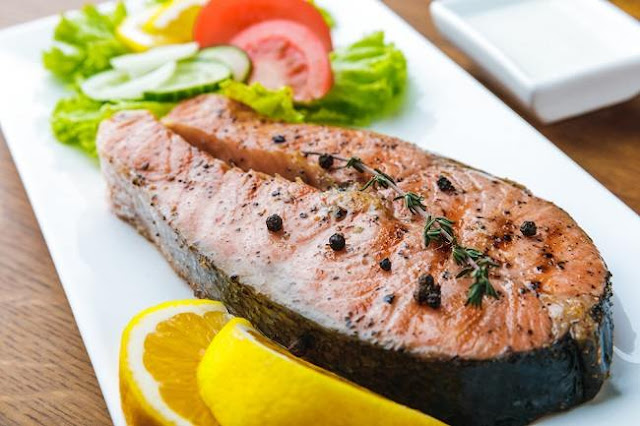 Although tuna is marketed in canned form, in cooking, you are advised to choose whole and fresh tuna. The reason is that canned tuna contains less omega-3 than fresh tuna, due to the canning process.

Benefits of Consuming Tuna During Pregnancy

Thanks to the omega-3 content in it, tuna is considered very good for consumption by pregnant women, because it can provide many benefits for the health of pregnant women themselves and the fetus in their womb. Following are some of these benefits:

Helps meet the nutritional needs of the fetus

Not only known as a fish that contains a source of omega-3, tuna also has a variety of nutritional content, ranging from vitamin D, minerals, to high levels of protein. Therefore, eating tuna can help meet the nutritional needs of the fetus.

A study revealed that eating tuna fish in sufficient portions can help the process of developing the brain, eyes, and nerves of the fetus during the womb.

Another benefit of tuna that is no less important is to help the baby's growth and development after birth, ranging from verbal skills, communication, to motor skills. This can not be separated from a variety of important nutrients contained in tuna, such as vitamins, protein, iron, and of course omega-3.

Things to Pay Attention to Before Eating Tuna

Although there are many benefits of tuna for pregnant women and fetuses, the consumption of tuna should still be limited. The reason is that tuna contains relatively higher levels of mercury than other types of fish.
High levels of mercury consumed during pregnancy can interfere with the development of the fetal nervous system.
The portion of consumption of fresh tuna that is allowed for pregnant women only 2 times a week. If tuna is served raw, pregnant women should not consume more than 170 grams per serving. Meanwhile, if served cooked, the maximum is 140 grams per serving. Especially canned tuna, pregnant women are advised not to eat more than 4 servings a week.
In order to prevent food poisoning which can be bad for your health and your fetus, you should not eat raw tuna.
Although tuna contains omega-3 fatty acids and various other nutrients that are beneficial for pregnant women and fetuses, it never hurts to eat
consult your obstetrician before consuming this fish, so that the portion can be adjusted to your health condition and the needs of the fetus.