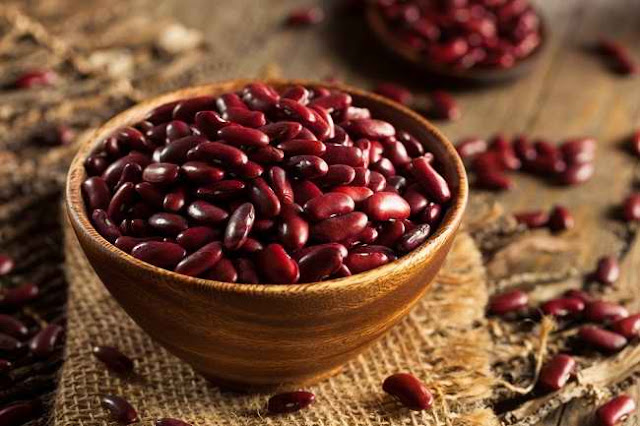 During pregnancy, it is important for pregnant women to always meet their nutritional needs. This is done so that the growth and development of the fetus in the womb is maintained, as well as to prevent the mother and fetus from various risks of health problems.
Various choices of food can be consumed by pregnant women to meet nutritional needs during pregnancy, such as red meat, eggs, fish, milk and their processed products, fruits and vegetables, to nuts, including kidney beans.

Kidney beans (Phaseolus vulgaris) are often called kidney beans because their shape resembles a kidney. In Indonesian cuisine, red beans are often used as a mixture of several dishes, such as soup and rendang, as well as soft drinks, such as red bean ice.
In a serving of cooked kidney beans (about 100 grams), there are 100–130 calories and various nutrients, such as:
In addition to the various nutrients above, red beans also contain B vitamins, vitamin K, choline, phosphorus, manganese, zinc, and magnesium. Because the nutritional content is quite high, it is not surprising that there are many benefits of red beans for pregnant women.

The following are the various benefits of red beans that pregnant women can get:

Kidney beans are one of the foods that contain lots of folate. Folate, also known as vitamin B9, plays an important role in supporting the formation and development of the fetal nerves and brain. Folate is also important to prevent congenital defects in the nerves and brain of the fetus, such as spina bifida. In addition to containing folate, kidney beans also contain choline which plays an important role in supporting fetal brain development.
When pregnant or planning to become pregnant, a woman needs to meet daily folate needs of 400-600mcg, especially in the first trimester of pregnancy.
This intake can be met by eating foods that contain lots of folate, such as kidney beans, fruit, vegetables, eggs, and fish, as well as pregnancy supplements.

Iron, folate, and vitamin B12 are important nutrients that play a role in the production of red blood cells. During pregnancy, the body of pregnant women will produce more blood to support the nutritional needs of the fetus and support the growth and development of various organs of the body.
Therefore, pregnant women need to increase their intake of iron, folate, and vitamin B12 more so that the number of red blood cells produced is sufficient. Lack of iron, folate, and vitamin B12 can cause the production of red blood cells in the body to be reduced. As a result, the body becomes deficient in blood and is at risk of developing anemia.
The condition of anemia or lack of blood during pregnancy can increase the risk of premature birth, fetal defects, babies born with low weight, to postpartum bleeding. In order for the number of red blood cells to be sufficient, pregnant women need to get 28-30 mg of iron every day. The intake of iron can be obtained from red beans, meat, fish, eggs, or iron supplements prescribed by a doctor.

Supports the growth of fetal tissues and organs

During pregnancy, pregnant women may feel tired and often cramp. To overcome these complaints, pregnant women can eat red beans because these foods contain lots of magnesium. Magnesium is a mineral that can help muscles relax more, thus reducing cramping.
In addition, the high carbohydrate and potassium content in red beans can also give pregnant women more energy so they don't get tired easily.

One of the benefits of red beans is to keep blood pressure stable. This is thanks to the high potassium content in red beans.
Potassium is a mineral that plays a role in regulating blood pressure so that it remains normal as well as regulating the rhythm of the heartbeat. Lack of potassium during pregnancy is known to be one of the causes of pregnant women feeling tired, weak, or even experiencing heart rhythm problems.
When you want to eat red beans, make sure pregnant women have washed the red beans thoroughly and cooked them until they are fully cooked. This is because raw red beans contain a toxic substance called phytohemagglutinin. This poison can cause food poisoning.
To meet nutritional needs during pregnancy, pregnant women are also advised to eat a variety of foods. The more variety of food consumed, the more types of nutrients pregnant women can get.
To ensure that pregnant women and their fetuses remain healthy, and to find out whether the nutrition that pregnant women receive is adequate, pregnant women need to undergo routine pregnancy consultations with their obstetrician.