Various Benefits of Fennel for Health

Various Benefits of Fennel for Health

Fennel is widely used as a cooking spice, herbal medicine, to traditional medicine. The benefits of fennel are believed to be good for health because this plant contains various substances and nutrients that are thought to be able to prevent disease to launch the breastfeeding process. 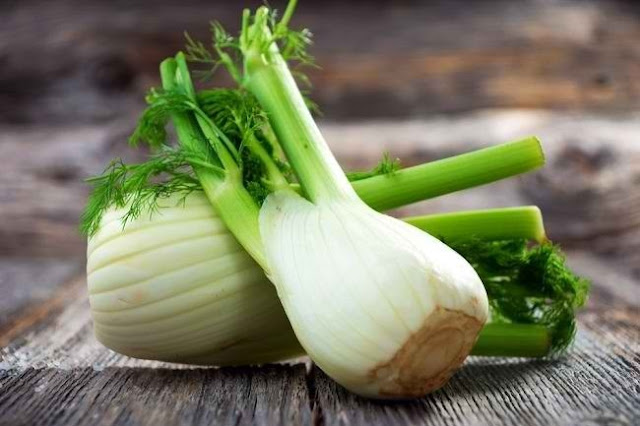 Fennel is a type of spice and medicinal plant used in various countries, including Indonesia. This plant has a distinctive aroma with a slightly sweet and spicy taste.
As a food, fennel is widely used as a kitchen spice. While natural extracts from the fruit and seeds are widely processed as aromatherapy oil, telon oil, and traditional medicine.

Substances and Nutrients in Fennel

Fennel health benefits come from the nutrients and active substances contained in it. This low-calorie fennel contains a variety of important nutrients, such as:
Some research results state that fennel contains many active compounds that have antioxidant properties. Fennel also contains various chemicals that have antibacterial, antiviral, anti-inflammatory effects, and inhibit the growth of cancer cells.
Therefore, fennel is believed to have many benefits that are good for health, including:

Consuming fennel as a food or supplement is believed to help reduce the risk of heart disease. The benefits of fennel for heart health come from the fiber, potassium, and antioxidants present in it.
In addition, the fiber content in fennel can also help maintain cholesterol levels in the blood, while antioxidants and potassium can lower high blood pressure and reduce the risk of heart disease.

Fennel is a type of plant that contains galactagogue, a compound in plants that can stimulate the production of breast milk.
This compound works by increasing levels of the hormone prolactin, a hormone that plays an important role in helping women produce breast milk after giving birth.
In addition to galactagogue, fennel also contains phytoestrogen compounds that are similar to the hormone estrogen. This compound also plays an important role in supporting the production of breast milk.

Fennel contains anethole compounds which are anticancer. Studies in the laboratory have shown that fennel extract containing anethole seems to be able to stop the growth of certain types of cancer cells, such as breast cancer and colon cancer.
However, the benefits of fennel as an alternative cancer treatment still need to be studied further to ensure its effectiveness and side effects.

Fennel has long been used as a herbal or traditional medicine to help relieve premenstrual symptoms (PMS), relieve menstrual pain, and launch the menstrual cycle.
Several studies have shown that fennel extract has almost the same efficacy as painkillers to relieve PMS complaints, such as headaches, breast pain, menstrual cramps or pain, and mood disorders or mood swings.

The results of research on menopausal women showed that the efficacy of fennel extract was able to increase libido and relieve menopausal complaints, such as hot flashes, mood swings, vaginal dryness, and insomnia.
In addition to the various benefits above, fennel is also believed to have other benefits, namely:
The various benefits of fennel that have been mentioned above have only been known based on the results of small-scale studies and have not been in the form of clinical studies in humans. Therefore, the effectiveness and dosage of using fennel as a treatment is still not known with certainty.
Pregnant women should not take fennel extract or supplements, because fennel extract has the potential to interfere with the development of the fetus in the womb.
If you are undergoing certain medications or suffering from a disease and want to use fennel as an alternative treatment, you should first consult with your doctor.