Infusion is a method of administering fluids and drugs directly through a vein. Fluids given intravenously can serve as maintenance or resuscitation fluids. Intravenous fluids will be given when the patient is undergoing treatment in the hospital. 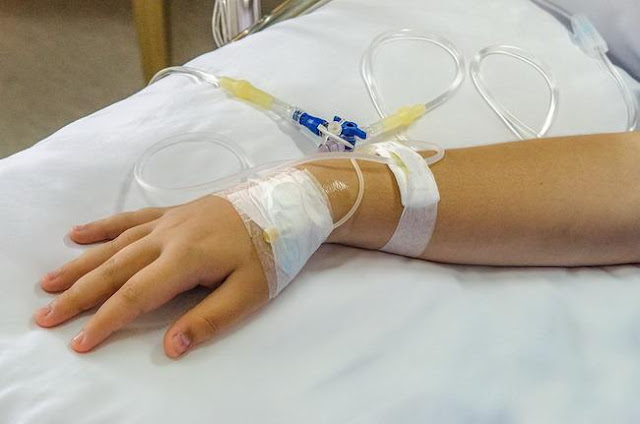 Intravenous fluid is stored in a sterile bag or bottle which will be flowed through a tube into a blood vessel. The type and amount of fluid used will depend on the patient's condition, availability of fluids, and the purpose of giving intravenous fluids. In addition to providing fluids, infusion can also be used as a parenteral method of administering drugs.

There are various intravenous fluids that can be used while the patient is receiving treatment. Infusion fluids commonly used can be divided into two types, namely:

NaCl 0.9% saline is the most common crystalloid solution. This liquid contains sodium and chloride. These intravenous fluids are used to replace lost body fluids, correct electrolyte imbalances, and keep the body properly hydrated.

Ringer's lactate is a type of crystalloid liquid that contains calcium, potassium, lactate, sodium, chloride, and water. Ringer's lactate fluid is generally given to replace body fluids lost during an injury, injury, or surgery that causes rapid blood loss in large amounts. In addition, this fluid is also often used as a maintenance fluid when undergoing treatment in a hospital.

Dextrose is an intravenous fluid that contains simple sugars. This liquid is often used to increase blood sugar levels, in someone who has hypoglycemia (low blood sugar). In addition, dextrose infusion fluids can also be used for hyperkalemia (high potassium levels).

The second type of fluid is colloidal fluid. Colloidal liquids have heavier molecules. This fluid can be given to critically ill patients, surgical patients, and also as a resuscitation fluid.
Infusion fluids that are included in the type of colloid fluid are:

Gelatin is a colloidal liquid that contains animal protein. One of the uses of this fluid is to overcome the condition of lack of blood volume caused by blood loss.

Albumin infusion is usually done when patients have low albumin levels, such as patients undergoing liver transplant surgery, suffering from acute burns, and patients with sepsis.

Dextran is a type of colloidal liquid containing a glucose polymer. Dextran can be used to restore the condition of blood loss. In addition, dextran is also used to prevent thromboembolism after surgery.
Infusion fluids should not be used carelessly and their use should be under the supervision of a doctor. This is because the risk of complications due to infusion may occur. In addition, the selection of the type of infusion fluid must also be adjusted to the patient's condition and the doctor's considerations.