There are several types of foods that are considered as foods that cause kidney failure. What kind of food do you mean? Check out the following explanation so that you are more careful in choosing the food to eat, so as to avoid the risk of kidney failure. 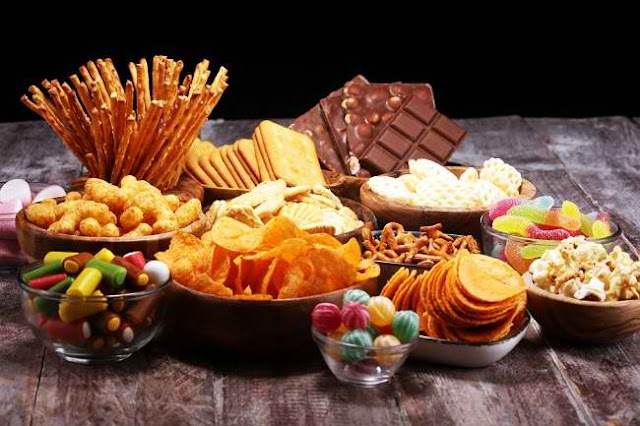 Kidneys are one of the main organs in the human body. The kidneys have many functions, including filtering the blood, removing waste or metabolic waste, controlling blood pressure, and regulating fluid and electrolyte balance in the blood.
When a person has kidney failure, the kidney functions do not work normally. Kidney failure is not only caused by an illness or an unhealthy lifestyle. Your risk of developing kidney failure will also increase if you frequently eat foods that are known to cause kidney failure.

Limit Consumption of Foods That Cause Kidney Failure

You can maintain kidney health by limiting the consumption of the following foods that cause kidney failure:

You can only eat foods that contain salt (sodium / sodium). However, the amount needs to be limited, which is no more than 2000 mg of sodium per day. The recommended limit for sodium intake to maintain kidney health is equivalent to 1 to 1.5 teaspoons of salt per day.
When you consume too much salt, your kidneys need to work harder to get rid of sodium. This increased kidney workload can damage the kidneys and cause kidney failure.
In addition, salt or sodium intake needs to be limited because if the amount is too much, it can cause high blood pressure. If left prolonged, high blood pressure can cause permanent kidney damage.
Some high-sodium foods that you need to limit are processed foods, such as sausage, corned beef, and anchovies. When eating processed foods, pay attention to the sodium content listed on the packaging. If available, you should choose foods that are labeled low in salt or salt free.

Foods that contain too much protein

Protein basically has many health benefits, including repairing body tissues, maintaining healthy bones, controlling blood pressure, and increasing muscle mass. However, if the amount consumed exceeds the need, protein actually has the potential to damage the kidneys.
When the body gets protein intake from food, the protein will be processed through metabolic processes. This process will produce residual substances or waste that will later be removed from the body by the kidneys.
Consuming too many high protein foods will increase the workload of the kidneys because they have to get rid of more waste products of protein metabolism. This is one of the reasons why people with kidney disease, such as kidney failure, need to limit protein intake.
The recommended daily protein intake for adults is 55-60 grams per day. Foods that contain high protein include meat, fish, nuts, eggs, and milk and its products, such as yogurt and cheese.

Eating foods that contain a lot of sugar can cause high blood sugar levels. If this habit is not stopped, this high blood sugar over time can make insulin difficult to work. As a result, you can develop diabetes.
If you already have diabetes, especially if blood sugar levels tend to be uncontrolled, complications can arise in the kidneys called diabetic nephropathy. This is the reason why the habit of consuming foods high in sugar can cause kidney damage.
Therefore, start limiting the consumption of foods that contain sugar. Some high-sugar foods that you may encounter often are sweet soy sauce, candy, chocolate, ice cream, and cereals.

Phosphorus is actually needed by the body to maintain bone health. However, the amount of consumption must be considered, because some studies suggest that consuming too much phosphorus can increase a person's risk of developing kidney disease.
Phosphorus consumption should not exceed 1000 mg per day. If you consume more phosphorus than that, not only kidney disease is stalking you, but also heart disease and weakened bones.
Foods that need to be limited because they contain high phosphorus are:

Other Things to Do to Prevent Kidney Failure

In addition to limiting the consumption of the foods above, there are several other things you can do to avoid kidney failure, namely:
You also need to check regularly with a kidney doctor if you are at risk for developing kidney problems, for example if you have hypertension or diabetes.
That way, the doctor can explain what efforts you can take to maintain kidney health, as well as detect early if there are problems with your kidneys, so that treatment steps can be taken immediately.
Foods that cause kidney failure generally can cause kidney problems if consumed in excessive amounts. Therefore, pay close attention to the type and amount of food you consume. If necessary, consult with your doctor about the types of foods you should avoid and limit, according to your condition.