This is the Difference between Sirloin and Tenderloin

This is the Difference between Sirloin and Tenderloin 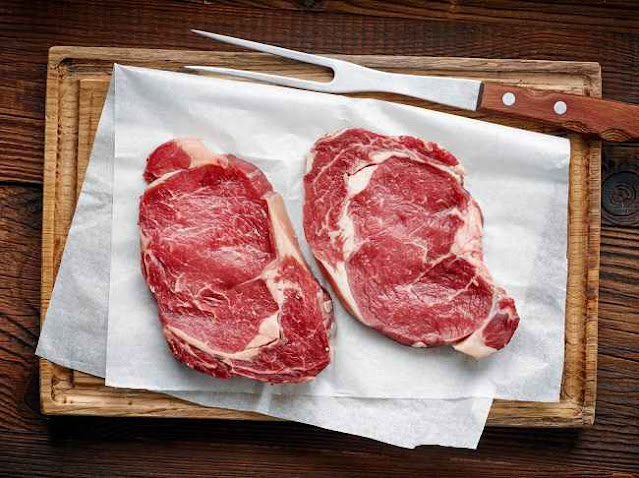 Some Differences Sirloin and Tenderloin

You can distinguish sirloin and tenderloin based on the following characteristics:

Differences based on meat texture

Both sirloin and tenderloin have the softest meat texture among other beef parts. However, sirloin meat has a more chewy or tough texture, while tenderloin is generally more tender. The beef tenderloin is also thicker than the sirloin.

Sirloin and tenderloin are the types of cuts of beef that have the lowest fat among other types of beef cuts. However, the fat and protein content in these two types of cuts of meat is slightly different.
In 100 grams of sirloin meat, contained about 12-14 grams of fat and 90 milligrams of cholesterol. Meanwhile, 100 grams of tenderloin contains 18-20 grams of fat and about 70 milligrams of cholesterol.
In terms of protein content, sirloin is indeed superior. In 100 grams of sirloin meat, there are about 29 grams of protein. Meanwhile, beef tenderloin only contains 18 grams of protein per 100 grams.
However, keep in mind that the fat content of sirloin and tenderloin may vary, depending on the type of beef. Generally, imported beef, such as Angus, Kobe, and wagyu beef, contains more fat than local beef.

Difference based on cooking duration

Sirloin meat texture that is tougher or chewy requires a longer processing time, which is about 6-10 minutes for each side of the meat, in order to produce savory and tender meat.
In contrast to sirloin meat processing, the duration of cooking tenderloin should not be too long because the texture of the meat is softer. If the tenderloin is cooked too long, the resulting meat structure will become tough.

Beef is a food that contains many important nutrients for the body, such as protein, B vitamins, zinc, selenium, and iron.
However, you are not advised to consume beef in excess because it can increase the risk of various diseases, such as cardiovascular disease to colon cancer.
When choosing beef, both sirloin and tenderloin cuts, you should choose the type of beef cut that has been removed from the fat. The cut of meat is usually labeled extra lean cut.
In contrast to regular sirloin or tenderloin cuts, extra lean cuts of meat contain less fat, which is only about 5–10 grams of fat per 100 grams of meat.
In addition, these cuts of meat also contain less cholesterol, so they are safer for consumption by people who have high cholesterol.
In order to remain safe for consumption, it is recommended that you limit the consumption of beef to 2-3 servings per week with a maximum amount of 70-80 grams per serving. Don't forget to process the beef sirloin or tenderloin until it's cooked.
If you still have questions about the benefits and differences between sirloin and tenderloin, you can consult a doctor. You can also ask your doctor about the number of servings of beef that is safe for consumption according to your health condition.