These Libido Enhancing Foods Are Worth Trying

These Libido Enhancing Foods Are Worth Trying

In addition to adequate rest and regular exercise, eating libido-boosting foods can also increase sexual arousal. What are the libido enhancing foods? Let's see the explanation in the following article. 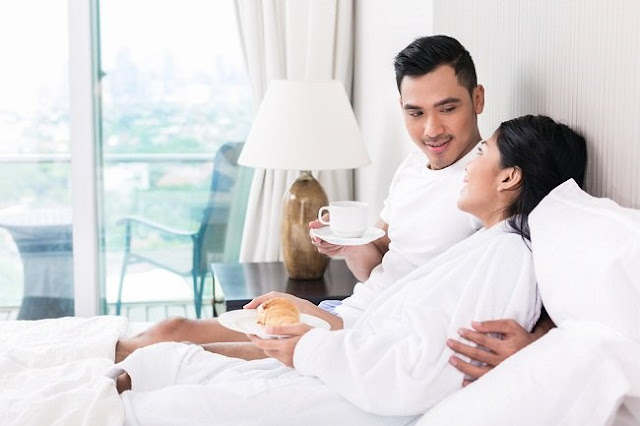 Libido is a term used to describe a person's sexual drive. Everyone has a different level of libido, but there are some conditions that can cause a decrease in libido.
Some of these things include stress, menopause, fatigue, and certain diseases, such as depression, hormonal disorders, erectile dysfunction, diabetes, and thyroid disorders.
To help deal with decreased libido due to stress or fatigue, one way you can do is to increase the consumption of libido-enhancing foods.
However, for libido disorders caused by certain diseases, treatment is needed from a doctor.

The following are some types of powerful foods to increase your libido:

Chocolate contains serotonin and phenylethylamine. Both of these substances are believed to be able to stimulate sexual desire and make the mood better and comfortable to enjoy sexual intercourse. No wonder that chocolate is said to be an aphrodisiac food, which is to stimulate libido.
Even so, the effectiveness of chocolate as a libido enhancer is not clearly known, so it still needs to be investigated further.

If you like to eat spicy food, then you are in luck. Spicy foods, such as chili peppers, are rich in capsaicin. This substance can release endorphins that can make you feel happy and sexually driven.
Not only that, chili also contains antioxidants that are useful for blood flow in the sexual organs, as well as vitamin C which can boost the production of male sperm. It's just that you need to be careful and limit the consumption of chili. Eating too much chili can cause health problems, one of which is diarrhea.

Good blood circulation is very important to support sexual function in both men and women. Strawberries which contain lots of antioxidants are useful for maintaining healthy blood vessels and the heart, so that blood circulation becomes smoother, including the sexual organs.
In addition, strawberries are also rich in vitamin C which is believed to increase sperm count. You can eat this fruit directly to get its various benefits, but make sure you wash it thoroughly first.

Avocados are one of the healthiest libido-boosting foods. This fruit is usually made juice contains vitamin B6, vitamin E, and potassium which can increase blood flow and prevent heart disease. Monounsaturated fat in this fruit also has a healthy effect on the heart and blood vessels.
A healthy heart and good blood circulation can not only prevent various diseases, but can also increase libido, so that your sexual life is of a higher quality.

Besides having a crunchy taste, this type of nut is also enriched with zinc which is useful for increasing libido and sex hormones in men.
Not only that, almonds also contain several other nutrients, such as selenium which is good for fertility, vitamin E which functions to maintain heart health, and omega-3 fatty acids which are efficacious for blood flow and maintaining the health of intimate organs.

Ginseng is one of the herbal plants that is widely used as traditional medicine. This herbal plant is believed to be able to improve sexual performance and treat erectile dysfunction.
If you want to increase libido and increase sexual satisfaction, some of the libido-boosting foods above can be tried. However, the foods above are not recommended to be consumed too often or too much.
If you have done various ways to increase libido, including eating the libido-enhancing foods above, but your sexual arousal is still low, then you should consult a urologist (for men) or an obstetrician (for women).