These are the Benefits of Ginseng for Body Health

These are the Benefits of Ginseng for Body Health

The benefits of ginseng for the health of the body have been known since ancient times. This herbal plant is often used as a traditional medicine to lower blood sugar levels, increase endurance, to treat various conditions, including erectile dysfunction. 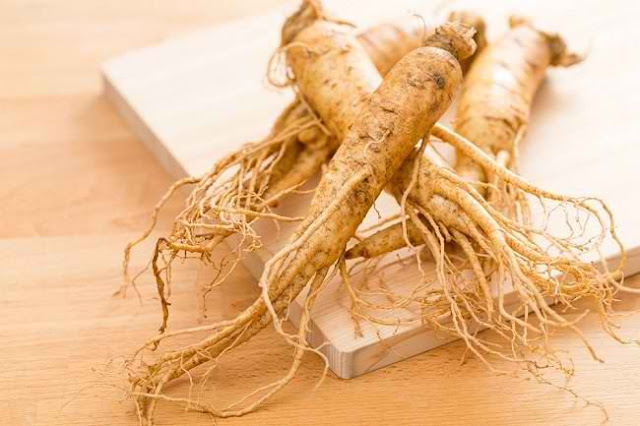 Ginseng is one type of herbal plant that is widely found in Asian countries, such as Korea, Japan, and China. However, this plant can also be found in North America.
Both American ginseng (Panax quinquefolius) and Korean ginseng (Panax ginseng), both have active compounds called ginsenosides. This substance is good for health because it contains anti-inflammatory, anticancer, and antioxidant properties.
To find out more about the benefits of American ginseng and Korean ginseng, let's look at the following discussion.

Some Benefits of American Ginseng

Ginseng has been widely cultivated in America. However, the type of ginseng from America has a slight difference from ginseng from Korea. Several studies show that there are various health benefits of American ginseng, including:

One of the well-known benefits of American ginseng is that it prevents colds and flu in adults. These benefits come from the various ingredients in ginseng that can strengthen the immune system, so that it can fight germs and viruses that cause disease.
Not only preventing flu, American ginseng can also support and speed up the body's recovery process when you are sick with the flu.

Ginsenosides in ginseng are also known to have anti-inflammatory effects. This effect makes American ginseng good for consumption to reduce inflammation and certain complaints due to inflammation, such as pain and swelling in the body.
The benefits of ginseng are also called good for reducing inflammation in the gastrointestinal tract. However, the effectiveness and safety of the benefits of American ginseng as a treatment is still unclear and needs further research.

Some Benefits of Korean Ginseng

Unlike American ginseng, Korean ginseng is thought to have more benefits. The following are some conditions that can be overcome by Korean ginseng:

A study showed that taking supplements or herbal remedies containing Korean ginseng extract as much as 1,000 mg for 8 weeks, can improve erectile dysfunction problems in men.
The study states that ginseng can increase the production of nitric oxide compounds that function to improve blood flow to the penis, thus making the penis easier to erect.

Not only to treat erectile dysfunction, ginseng has also been used for a long time to increase male sexual stamina and performance and treat premature ejaculation.
Korean ginseng can act as a stimulant for male sexual health by providing energy when you are tired and increasing the hormone testosterone. Korean ginseng is also useful for improving sperm quality and production, so it can increase male fertility.

The elderly are more susceptible to decreased brain function, such as senile dementia and difficulty concentrating, due to aging factors. To reduce the risk of brain problems, the elderly can consume Korean ginseng.
Studies show that Korean ginseng extract, which is rich in antioxidants and anti-inflammatory properties, is beneficial for maintaining brain function and health. This herb is also good for consumption to reduce the risk of developing brain problems in the elderly, such as dementia, Parkinson's disease, and stroke.
The benefits of ginseng can be maximized, when combined with ginkgo biloba supplements.

Korean ginseng is known to have anti-inflammatory, antioxidant, and antibacterial effects. These various effects make this plant good for treating lung problems, such as chronic obstructive pulmonary disease (COPD) and acute bronchitis.
Research also states that ginseng can reduce inflammation in the lungs and improve lung tissue repair.

Things to Pay Attention to Before Consuming Ginseng

Although natural, consuming herbal plants such as Korean ginseng and American ginseng still have to be careful. If you want to use ginseng as a treatment for certain diseases, you should consult a doctor first.
In addition, ginseng is also not safe for consumption by everyone, especially people who have certain conditions or diseases, such as:
Ginseng, whether American ginseng or Korean ginseng, is also not recommended for infants, children, and people who are taking certain medications. Consumption of drugs together with ginseng is feared to cause drug interactions.
In general, ginseng is good to take as an additional supplement to maintain health. However, the benefits of ginseng as a treatment or prevention of disease still need to be studied further.
If you want to take ginseng to treat certain diseases, you should first consult with your doctor. Likewise, if you want to consume ginseng while undergoing treatment from a doctor.