These are the benefits of eggplant and how to process it

These are the benefits of eggplant and how to process it

Eggplant is widely used by people in Indonesia. These purple fruits contain a number of nutrients that are useful for the health of the body. You can feel the benefits of eggplant optimally with proper processing, for example by cooking or making it into juice. 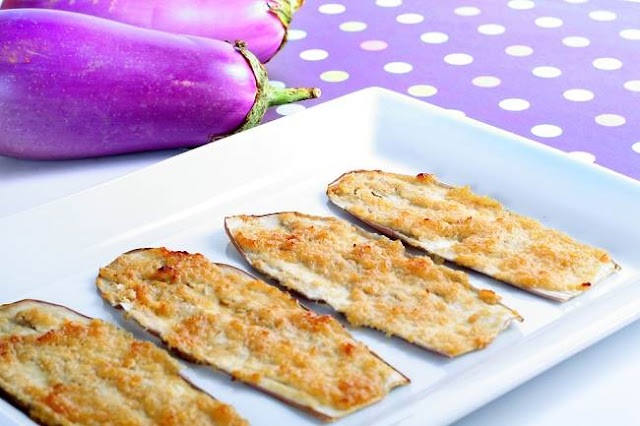 Not only purple, eggplant actually has a variety of types and colors, including green, black and red. However, the most widely known and consumed eggplant is the one that has a purple elongated (oval) shape.

There are many beneficial nutrients that can be obtained from eggplant. From 80 grams of raw eggplant there are 20 calories, 1 gram of protein, 5 grams of carbohydrates, 3 grams of fiber, folic acid, potassium, vitamin C, vitamin K, iron and magnesium.
With its nutritional content, eggplant is believed to have a number of health benefits, including:

Eggplant is rich in antioxidants that can help protect cells in the body from free radical damage. According to research, the antioxidant content in eggplant can help prevent a number of chronic diseases such as heart disease and cancer.

Reduce the risk of heart disease

One of the benefits of antioxidants for the body is to reduce the risk of heart disease. A study revealed the fact that eggplant which is consumed regularly can lower cholesterol levels in the blood. That way, the risk of heart problems will also be reduced.

Eggplant is a low-calorie food and is rich in fiber, so it can be included in the menu to lose and maintain weight. Eggplant can make the stomach feel full longer, so it can reduce overall calorie intake.

Eating eggplant regularly can prevent cancer. Because, eggplant contains several substances that can fight cancer cells, one of which is solasodine rhamnosyl glycosides (SRGs). From a study revealed that this substance proved effective against skin cancer.

How to Process Eggplant Well

There are many cooking methods that can be chosen to get the maximum nutrition of eggplant, for example by baking, sauteing or steaming. You can add some spices to enhance the taste, such as sugar, salt, or chili, but don't overdo it.
Below is an example of a recipe for cooking grilled eggplant with Middle Eastern spices that you can try at home. In terms of nutrition, this recipe that is suitable as a side dish contains 64 calories, 4 grams of fat, 8 grams of carbohydrates and 1 gram of protein.
Materials needed:
How to make:
Sprinkle the coriander, cumin, salt and pepper slices over the chopped eggplant.
Mix the mixture and a little olive oil and let it rest for 5 to 10 minutes.
Bake over medium heat for about 4 minutes on each side. Then serve on a plate.
In addition to the recipes above, there are many healthy and delicious eggplant recipes. However, you should not consume it in excess. Consult your doctor first if you have certain health conditions.