The Soy Bean Controversy About Allergies and Fertility

The Soy Bean Controversy About Allergies and Fertility

As a food ingredient with complete protein content, soybeans are often used as an alternative source of intake. Soybeans can be used as baby formula or food for adults. But behind the benefits, soybeans also have a number of controversies that are often debated. 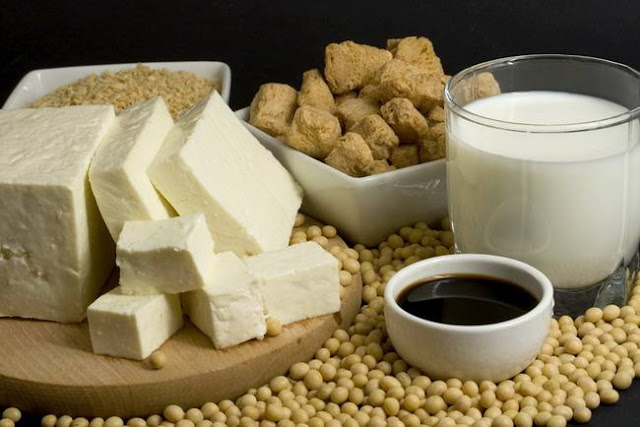 There are various claims of benefits and side effects of consuming soy beans, both as a food base and milk. Although most have not received clinical approval, there is no harm in observing all these controversies.

Soybean-based formula milk is often used as a substitute for breast milk, especially in infants who are allergic to cow's milk-based formula or if the baby's digestive tract cannot digest lactose. This allergy usually causes the baby to have diarrhea or cry after feeding because his digestion becomes uncomfortable.
Even if you experience this, you should not immediately replace breastfeeding with soy-based formula, unless it has been recommended by a doctor. Because, breast milk is the best main nutritional intake for babies in the first six months of life.
There are several reasons why soy formula needs to be given with caution. First, soy bean formula is no better than other formula-based formulas. Second, soy bean formula also contains sugar or glucose which can be more harmful to baby's dental health than the lactose found in cow's milk-based formula.

The protein in soy beans can cause allergies in some babies. Soybean allergy can occur shortly after the baby is born and can subside at the age of about three years. This allergy occurs when the immune system perceives the protein in soybeans as harmful and creates an immune system to fight it.
Besides being processed into milk, soybeans are also widely used as the basic ingredients of various foods, such as tofu, tempeh, soy sauce, and several types of peanut butter and cereals. The appearance of a soybean allergy is usually characterized by symptoms such as abdominal pain, nausea, vomiting, diarrhea, fever, itchy skin and redness, swelling of the face, or watery eyes.

Some people believe that the content of phytoestrogens contained in soy milk can have an impact on the development of reproductive organs, especially in male babies. This is because the chemical structure contained in phytoestrogens is predicted to be similar to the female hormone estrogen.
According to research, men who eat too many soy-based foods tend to have lower sperm concentrations than those who eat less. However, this study does not prove that soybeans are the cause of low sperm concentration.
This is due to other factors that can also affect sperm count, such as obesity. Men with high levels of body fat are likely to produce more estrogen than men who are lean.
Although the research is still limited in scope, men who are planning to have children are advised to limit the consumption of soybeans to prevent a decrease in sperm count. Then stop a bad lifestyle, such as smoking and drinking alcohol because they are more at risk of causing reproductive disorders.

The Effect of Soybeans and Female Fertility

Several studies reveal that consuming too many soy-based products can inhibit female fertility. This happens because the content of isoflavones in soybeans can have a negative impact on the menstrual cycle. However, this research still needs further evidence.
Another study revealed that women who eat foods rich in soy beans or take soy-based supplements may not experience fertility problems. But on the other hand, a diet rich in phytoestrogens can reduce the risk of breast cancer.
Given the benefits and risks, it is advisable to consume soybeans in reasonable portions. For consumption of soy milk for infants or children, you should consult a doctor. If after consuming soybeans or their processed products, allergic reactions or other complaints arise, you should immediately contact your doctor.