The Benefits of Manjakani Are Not Just A Feminine Cleanser

The Benefits of Manjakani Are Not Just A Feminine Cleanser 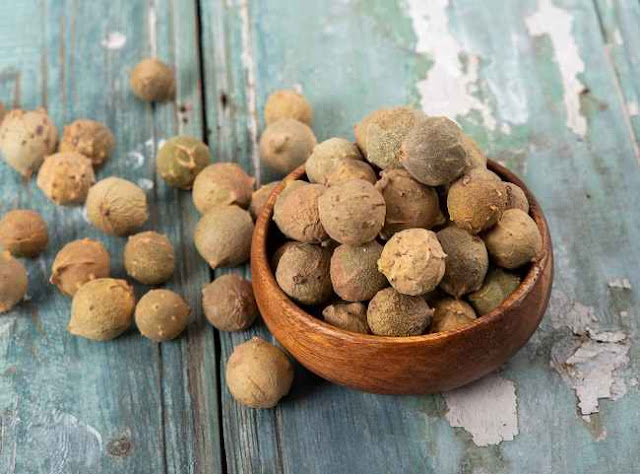 Manjakani (Quercus infectoria) are commonly found in the Mediterranean, Asia, and the Middle East. The part that is used from this plant is the galls or bumps on the manjakani stem. The bulge is round so it is often mistaken for a manjakani fruit, when in fact it is not.
Traditionally, manjakani is quite often used to clean and treat fungal and bacterial infections in the female sex organs. Manjakani is also considered to tighten or tighten the vagina.

Various Benefits of Manjakani for Health

Manjakani contains a variety of minerals, such as calcium, phosphorus, potassium, magnesium, iron, manganese, zinc, and nickel. In addition, this plant also contains tannins and antioxidants from the polyphenol and flavonoid groups. Manjakani is also known to have antibacterial, antifungal, and anti-inflammatory properties.
Thanks to the nutritional content and various compounds, the benefits of manjakani are not small. The following are some of the benefits of manjakani for body health:

Various studies have shown that manjakani extract can eradicate and inhibit the growth of bacteria and fungi that cause infection, such as E.coli, Klebsiella, Salmonella, and the fungus Candida albicans.
However, the effectiveness of manjakani as a herbal medicine to treat infectious diseases still needs to be studied further.

Antioxidants as well as calcium and phosphorus contained in manjakani are substances that play an important role in the process of bone growth. These substances are also known to reduce the risk of bone disorders, such as osteoporosis.

Not only can it eradicate bacteria and fungi, some research also shows that manjakani can kill the Plasmodium falciparum parasite that causes malaria. In some areas, the manjakani plant has even been used traditionally to treat the disease.

Manjakani plant extracts are known to contain compounds that have antioxidant, anti-inflammatory, and anticancer effects. Some research in the laboratory has also proven that manjakani extract is useful in fighting cancer cells and inhibiting their growth.
However, further research is still needed to evaluate the benefits of manjakani as a treatment or prevention of cancer.
In addition to some of the benefits above, there are many other benefits of manjakani that are also good for health, including controlling blood sugar, overcoming inflammation, and maintaining liver health and function.
Unfortunately, the various benefits of manjakani still need to be studied further. Until now, there has been no research that states that manjakani is proven to be safe and effective to use as a treatment for certain diseases. Manjakani plants are also not proven to be effective for tightening and tightening the vagina.
In general, manjakani can be consumed as herbs and teas or as herbal supplements. However, you are not advised to consume manjakani if ​​you suffer from certain diseases, are pregnant, or breastfeeding. Manjakani should also not be taken with drugs because it has the potential to cause drug interactions.
Therefore, if you want to know more about the benefits of manjakani or use manjakani as herbal medicine to treat certain diseases, you should consult a doctor first.