The Benefits of Cassava for Overcoming Cancer Are Still Doubtful

The Benefits of Cassava for Overcoming Cancer Are Still Doubtful

So far, some people believe that the benefits of cassava in the medical world are as a medicine for prostate and bladder cancer. In fact, there is not enough scientific evidence to support this claim. 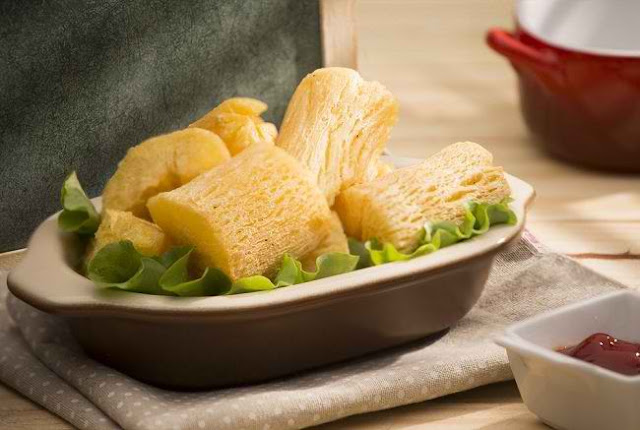 In tropical and subtropical countries, cassava is widely cultivated as an annual plant. In some developing countries such as Indonesia, cassava is an important source of carbohydrates, after rice and corn. There are also countries that make it the main staple food.

What are the Contents of Cassava?

Cassava is a food ingredient that contains carbohydrates, calories, and protein. The benefits of cassava can also be obtained for its nutritional content, namely thiamine, folate, fiber, potassium, vitamin C, phosphorus, calcium, and niacin.
The body needs carbohydrates such as those in cassava as the main energy source for the body. Before being absorbed by the body, carbohydrates are broken down into glucose (sugar). After that, the hormone insulin helps glucose absorbed by the body's cells. This glucose is ultimately useful as fuel for the body to carry out various daily activities.
The remaining glucose will be converted into glycogen. This substance will be utilized by the muscles of the body and liver. Excess glucose that is not used can be converted into fat. This energy reserve will be stored in the long term.
The types of carbohydrates found in cassava include complex carbohydrates which have a good impact on health. Cassava is also rich in starch which is useful for feeding the good bacteria in the stomach. So, cassava can be useful to support digestive tract health.

What about the assumption that cassava can help cure prostate and bladder cancer? Before looking deeper into the benefits of cassava, let's first look at the discussion of these diseases.

The prostate is a gland near the male vital organs. Its function is to produce fluid that maintains and transmits sperm. Prostate cancer usually grows slowly and rarely spreads to other organs. However, there are also types of prostate cancer that grow and spread very quickly. The speed of growth and how far the spread of prostate cancer will determine the type of therapy that the patient needs.

Bladder cancer occurs when cells in the bladder grow abnormally, very rapidly, and out of control. Cancer in this area usually begins in the lining of the bladder. These abnormal cells can spread to the muscular wall of the bladder and to other more distant organs, such as the lymph nodes, liver and lungs.
In addition to surgery, chemotherapy, radiotherapy, there are other ways of treating prostate and bladder cancer, namely immunotherapy. Immunotherapy is a treatment that uses the body's immune system to treat disease. In addition, hormone therapy is also one of the treatments for prostate cancer.
Then what about the benefits of cassava? Although cassava was touted as a cure for prostate and bladder cancer, it is not supported by clear scientific evidence. Not only is there no evidence of its effectiveness and safety, cassava can even be dangerous when consumed in excess according to a medical report.
The report states that there are claims that the benefits of cassava can treat cancer due to the content of glucoside types linamarin and lotaustralin, which then trigger the production of vitamin B-17 or amygdaline. Vitamin B-17 is what is claimed to kill cancer cells. Despite these claims, a well-known cancer association says there is not enough scientific evidence that cassava or tapioca flour is effective for preventing or treating cancer.
Another report also showed that high serum PSA (Prostate Specific Antigen) in prostate cancer patients did not improve, even though some prostate cancer patients had routinely consumed cassava. Therefore, the benefits of cassava for cancer are still not reliable.
Even so, you can still take the benefits of cassava as an important source of carbohydrates for fuel for the body in carrying out daily activities. Of course not in excess.
Raw cassava contains cyanide which is a dangerous poison for the body, therefore limit the consumption of cassava so as not to overdo it. Don't forget to peel the cassava skin, wash it thoroughly and soak it for a few hours then cook it at high temperature to prevent the harmful effects of cassava.