One of the benefits of black pepper that we all know is as a spice in cooking. But who would have thought the ingredients used to make this spicy food have also been known as traditional medicines for centuries. 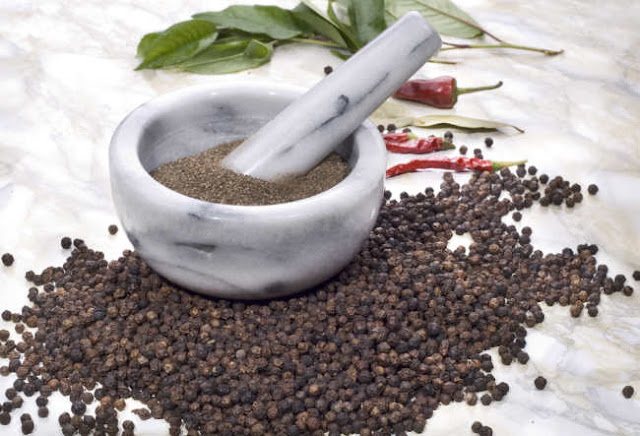 Black pepper contains few carbohydrates, calories, vitamins A and K, calcium, potassium, and high antioxidants. Black pepper or commonly known as black pepper is the unripe fruit of the Piper nigrum plant that has been dried. In addition to being used as a cooking spice, it turns out that black pepper is also often used as traditional medicine to relieve certain diseases, such as stomach pain, scabies, nausea, diabetes, hypertension, to infections.

Examining the Benefits of Black Pepper for Health

Some of the health benefits of black pepper that you should know are:

One of the potential benefits of black pepper for health is as an anti-inflammatory agent. This is because the piperine compounds contained in black pepper have the ability to relieve inflammation and contain high antioxidants.

The benefits of black pepper can also be obtained as a reliever of flu symptoms. The spicy taste of black pepper acts as a natural decongestant and stimulates the formation of mucus to clear the airways.

Black pepper oil may be used to prevent type 2 diabetes. A study revealed that black pepper oil can inhibit the enzyme amylase in breaking down starch into glucose. This ability is important for people with type 2 diabetes because it can help maintain blood sugar levels and delay glucose absorption.
Clinical studies in people with type 2 diabetes also show that the supplementation of piperine contained in black pepper, plus the substance curcumin from turmeric has a good effect on controlling blood sugar levels and seems to be able to suppress inflammation in the liver.

Overcoming difficulty swallowing in the elderly

Difficulty swallowing food in the elderly often causes serious problems, such as pneumonia. Luckily, studies show that the aroma produced by black pepper oil can stimulate the body's reflex to swallow food. This is good news for the elderly who have difficulty swallowing, such as post-stroke patients. Simply inhaling the natural aroma produced by black pepper oil can already help stimulate the swallowing muscle reflex.

Prevent inflammation and infection of the stomach

The benefits of black pepper are traditionally used to treat the symptoms of gastric disorders. Further research shows that black pepper does contain substances that can protect the lining of the stomach wall from the effects of inflammation, and can even suppress the growth of H. pylori bacteria that can cause infections and stomach ulcers. However, further clinical research is still needed to confirm the benefits of black pepper as an herbal medicine in overcoming gastric infections.