Rice Flour and Its Benefits for Health

Rice Flour and Its Benefits for Health

Rice flour is a good choice as a substitute for wheat flour. The reason is, wheat flour can cause digestive irritation for people who experience gluten intolerance. Gluten is a collection of proteins found in flour. 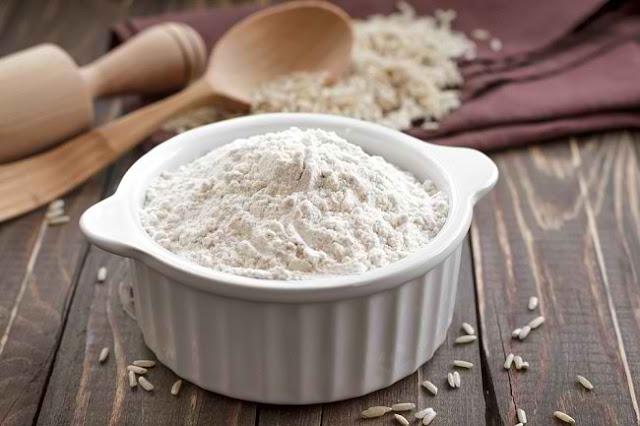 Wheat flour comes from mashed wheat seeds. Most people use wheat flour as a basic ingredient in making food. However, because of the gluten content in it, people with gluten intolerance need to find a substitute for this flour. One that can be chosen is rice flour. Rice flour is flour made from rice by a milling process.
The nutrients contained in rice flour are also considered better than wheat flour and do not have gluten levels. In 100 grams of rice flour contains 80 grams of carbohydrates, 2.4 grams of fiber, 5.9 grams of protein, 366 calories, and 1.42 grams of fat. Not only that, this flour also contains various minerals. In 100 grams of rice flour, there are 10 mg of calcium, 35 mg of magnesium, 98 mg of phosphorus, and 76 mg of potassium. So naturally, if rice flour is often used in various processed foods, such as rice porridge for babies, cakes, and other snacks.

Wheat flour is one of the ingredients for making food that can cause interference in people with celiac disease. This disease is an autoimmune disorder of the digestive tract, where consumption of foods containing gluten can cause damage to the lining of the small intestine, thereby affecting the absorption of nutrients in the body. Therefore, people with celiac disease are advised to avoid gluten.
In addition to wheat flour, other food ingredients that need to be avoided because of their gluten content are rye and barley. Rice flour can be an option to replace these ingredients. In addition, potato starch, soybean flour, tapioca flour, sorghum flour, and corn flour can also be chosen as substitutes.

Some Indonesian specialties can be made using rice flour as the basic ingredient. One of the foods you can make is a layer cake. The following are ingredients that can be prepared.

There are two things you need to pay attention to.
Maybe all this time you think rice flour is an ordinary food ingredient. However, rice flour is actually a healthier choice of food for some people and provides many benefits in its nutritional content.

Importance of Meeting the Nutritional Needs of Pregnant Women