Reasons for eating whole wheat bread and tips for choosing it

Reasons for eating whole wheat bread and tips for choosing it

Now, in addition to white bread which is most often found, wheat bread has begun to appear with a brown color. This type of bread is increasingly being chosen because it is claimed to be healthier and contains more fiber. 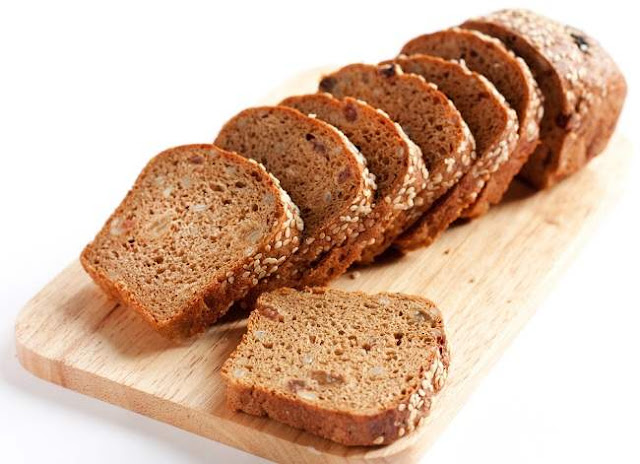 The best choice is whole wheat bread, which is made from whole wheat flour with a slightly coarse texture. In some countries, whole wheat bread is equipped with grains on top for a more attractive appearance, while increasing the nutritional content.

Whole wheat seeds have three complete layers, namely the bran, endosperm, and seed. White bread, which is most commonly found in Indonesia, removes the bran and seeds, so that the important nutrients contained in it are also lost. White bread is made from white wheat flour, which is wheat seeds that are only taken from the endosperm and bleached.
Apart from being a suitable source of carbohydrates for breakfast, whole wheat bread also contains more fiber than white bread. This type of bread is known to contain many nutrients that are beneficial for the body, such as protein, antioxidants, minerals including iron, magnesium, calcium, phosphorus, potassium, sodium, and zinc, as well as B vitamins, folate, vitamin E, and vitamin K.
In addition, whole wheat bread is also very good for health because it is low in fat and cholesterol free. Wheat bread is also equipped with natural compounds that are thought to fight the development of cancer cells.
Regular consumption of whole wheat bread can improve digestive health, namely by helping smooth bowel movements and stimulating the growth of good bacteria in the intestines, so that bowel movements become smoother. In addition, eating this type of bread can also reduce the risk of type 2 diabetes, obesity, certain types of cancer, and heart disease.
However, be aware of the sodium intake that comes from yeast during the process of making whole wheat bread. Each slice of whole wheat bread contains about 200 mg of sodium. Meanwhile, the recommended daily intake of sodium is 600 mg, with a maximum limit of 1,800 mg of sodium intake per day.

Tips for Choosing Wheat Bread so It's Not Mistaken

Although wheat bread is more nutritious, don't make the wrong choice in order to get optimal benefits. Here are some tips to identify whole wheat bread products:
Even though it's healthy, it doesn't mean you can eat whole wheat bread in excess, because it can lead to high sodium intake. To balance the nutrition of whole wheat bread, it is recommended to serve it with an egg and vegetables, rather than butter or sweetened jam, which contain lots of calories and fat. Don't hesitate to consult a nutritionist for a guide to a healthy diet.