In addition to the benefits of honey that are widely known to the public, apparently bee pollen is also widely believed to be able to overcome several types of health problems. 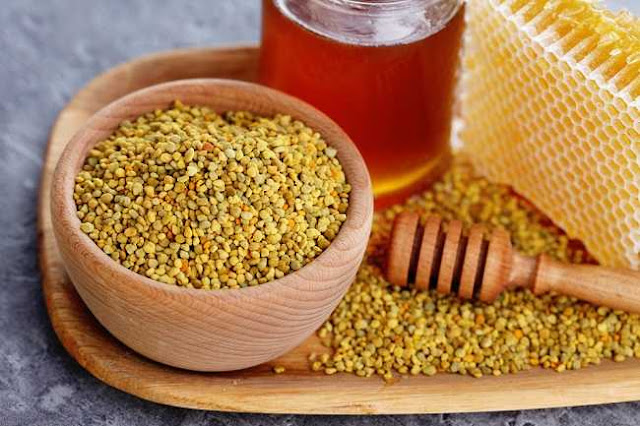 Some herbalists believe that bee pollen is a source of highly nutritious food, which can support a healthy body. However, in addition to knowing the benefits it has, it is better if you also understand the side effects that may arise from consuming bee pollen.

Bee pollen (bee pollen) is very different from natural honey, honeycomb or royal jelly. Bee pollen comes from a combination of plant pollen collected by bees and plant nectar and bee saliva. The three ingredients form fine granules that are stored in the pouch on the bee's leg.
Bee pollen is believed to have many benefits because it contains a number of important substances such as amino acids, vitamins and minerals, enzymes, proteins, carbohydrates and fats.
Some of the benefits that are known by the community traditionally, among others, overcome difficult bowel movements, prostate disorders, help wound healing, relieve pain before menstruation, and provide a supply of antioxidants for the body.
In addition, bee pollen is also often recommended to maintain stamina, overcome stomach disorders, asthma, allergies and reduce the side effects of chemotherapy and improve performance during exercise.
However, you need to know that until now there are not enough research results that prove that bee pollen is really useful for curing various types of diseases, as well as as a health support.
For this reason, it is important to consume bee pollen carefully, even though the product is now sold freely as a dietary supplement. It is better to consult a doctor first to get instructions for safe use.

Side Effects of Using Bee Pollen

The use of bee pollen is considered safe for the short term, but should still be done with caution. Especially if you have a pollen allergy, it's likely that bee pollen produces a similar reaction. Allergic reactions to bee pollen include itching, swelling, shortness of breath to anaphylactic reactions that can be life-threatening.
In some cases, the body's reaction to bee pollen begins with indigestion, which is then followed by acute hepatitis and increased sensitivity to light.
Pregnant and lactating women are advised to avoid consuming bee pollen. Similarly, for people who have allergies to honey, you should avoid using bee pollen because it poses a risk to life.
For those of you who take blood-thinning drugs, such as warfarin, then be wary of intake of bee pollen. It is possible that bee pollen may increase the risk of bleeding.
To use bee pollen as a food supplement to support stamina or cure disease, you should first consult with your doctor.