Mom, These are Signs of a Hungry Baby

Mom, These are Signs of a Hungry Baby

Babies can't say what they're feeling, including when they're hungry. However, the signs of a hungry baby can be recognized by parents through their gestures, voice, and facial expressions. Come on, know the signs when the baby is hungry in the following article. 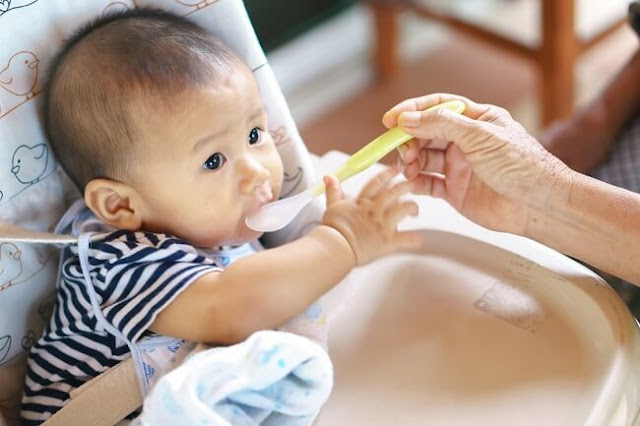 Many parents think that crying is a sign that the baby is hungry. It's true, Mother, crying is one of the signs your little one gives when he's hungry. However, babies will usually cry when they feel very hungry because they have not been fed or fed for a long time.
When it comes to crying, the baby will be fussy and difficult to soothe so that parents will also find it increasingly difficult to give milk or food to the baby. Therefore, you need to breastfeed or feed your little one when he seems to be starting to feel hungry, not when he is already crying.
Actually there is no limit to the number of times a baby should breastfeed in a day. However, newborns generally feed at least 8–12 times a day. However, you can give breast milk according to your baby's wishes.

In fact, babies begin to show that they are hungry long before they cry. The characteristics and signs of a hungry baby are divided into three stages, namely:

Signs of a hungry baby in the early stages

Early-stage hunger signals shown by babies can be:

When starting to get hungry, the baby will also move his head more to the right and left, as if he was looking for a nipple. In addition, when they start to get hungry, babies will also blink a lot and move their eyes.

Looking at the food with enthusiasm

In babies who have started solid food or solid food, an early sign of hunger that he may show is that he looks excited when he sees the food around him.
He may also move his hands and try to reach nearby food while opening his mouth.

Signs of an active hungry baby

If the mother does not immediately give him breast milk or eat when the little one has experienced early signs of hunger, he will show signs of active hunger, such as:

As the hunger increases, the baby will get stronger and move his body more often, and spread his arms and legs erratically. He is also starting to look uncomfortable and increasingly restless and will likely tug at your mother's clothes.

Babies who are hungry will generally make sounds such as grumbling or even whining. The baby's lips also make a tasting sound like they want to suckle.

When they are hungry, babies will also show it through hand movements. He will clench his fists in front of his chest or stomach. Next, the baby will put his fingers in his mouth.

Not only putting his hand in his mouth, a hungry baby will also make a sucking motion with his mouth or tongue. Not infrequently, he also sucked his fingers or fists.

Signs that the baby is very hungry

When the baby is feeling very hungry, he will usually show the following signs:

At birth, a baby's cry sounds more or less the same, whether he's hungry, tired, or feeling sick. Over time, you will be able to recognize the difference in your baby's cries. For example, a cry for hunger which is usually short and low-pitched. Meanwhile, the cry of hunger will get louder and louder, if he is not fed immediately.

Not only crying, babies who are very hungry will usually stomp their bodies in all directions. This is a sign that your little one is upset and needs to be breastfed immediately. If your little one has shown the movement, you should try to calm your little one first until the crying stops. If he has calmed down, you can breastfeed him again.

The skin on the body and face is red

Because crying and stamping his body constantly because of hunger, the baby's face and skin can turn red. If so, he needs to be breastfed or fed as soon as possible.
By recognizing the signs of a hungry baby, every mother is expected to be able to breastfeed or feed her baby before they start crying.
The reason is, babies who are already crying because they are hungry can make breastfeeding more difficult. In addition, crying because of hunger can make the baby feel tired and eventually just don't want to eat.
In addition to knowing the signs your baby is hungry, you also need to recognize signs that your baby is full. This is to prevent your little one from feeling full and vomiting. When you feel full, your little one will show the following signs:
If they are older or can eat and drink, usually a baby who is starting to feel full will stop eating and playing with his food, and turn his face away from the bottle, breast, or food.
Recognizing signs that your baby is hungry and that your baby is full can have many benefits, including developing a healthy diet, making it easier for your baby to nurse or eat, and strengthening the emotional connection between you and your little one.
Not only eating, you also need to pay attention to signs when your little one is not drinking enough. This can make him dehydrated. When dehydrated, your little one will look weak, dry lips, rarely pee, and cry without tears.
When you are dehydrated, your little one needs to get fluids right away so they don't get weaker. If the dehydration is severe, he should be checked by a pediatrician immediately and will need to be given fluids through an IV.
Well, now Mother is no longer confused about recognizing when your little one is hungry or is full, right?