Mom, beware of your baby experiencing failure to thrive

Mom, beware of your baby experiencing failure to thrive

Baby growth that does not reach the standard limit can be a sign of failure to thrive. This condition is important to watch out for, because if it is not treated immediately, failure to thrive in a baby can have a negative impact on his life later when he grows up and grows up. 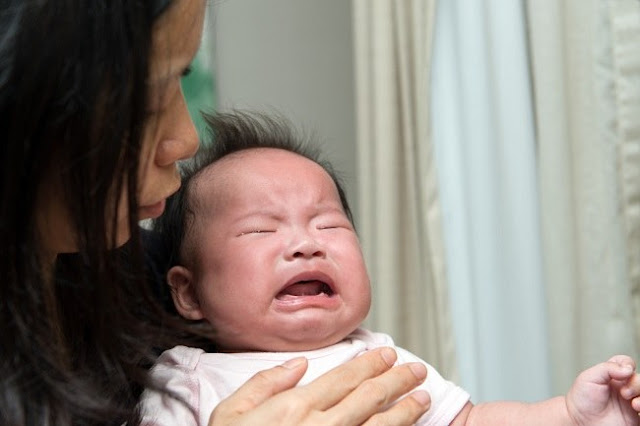 The term failure to thrive actually refers to a baby's physical growth chart that doesn't increase or slows down. It is usually characterized by a lack of weight gain and developmental delays, such as late proneness.
If not immediately detected and left unchecked, failure to thrive can have a negative impact on the child's future. The effects of failure to thrive can continue to become stunting, which is a child's physical, intelligence, and mental growth that is below the average for his age and occurs permanently.

Causes of Failure to thrive in Babies

Failure to thrive can occur due to one or several of the three basic causes, namely lack of nutritional intake, the body cannot absorb nutrients properly, and the use of energy or high calories.
The following are some of the conditions that can cause these things:

Milk, both breast milk and formula, is the main source of nutrition in the first 6 months of a baby's life.
Insufficient breast milk intake can be caused by a small amount of breast milk production or an inappropriate way of breastfeeding the baby so that the amount of milk the baby gets is not optimal.
Meanwhile, in infants who consume formula milk, the lack of milk intake can make the intake of calories and nutrients that the baby gets less than he needs.
In addition, some mothers sometimes do not recognize the signs that their baby is hungry so they do not breastfeed immediately or skip feeding time.

Babies aged over 6 months who can already eat complementary food for breast milk sometimes have difficulty eating. Some babies can be very picky about their food, so that the portion of food they want to eat is not sufficient for their body's needs.

Problems in the digestive system can interfere with the baby's absorption of nutrients and risk causing failure to thrive. Some problems that can cause this absorption disorder are chronic diarrhea, stomach acid disorders, and celiac disease.

Babies born with congenital diseases are at high risk for failure to thrive. Examples of these inherited diseases are Down syndrome, cerebral palsy, cystic fibrosis, and heart disease.
These conditions can make it difficult for babies to eat so that their nutritional intake is not sufficient for their body's needs. Plus, this condition also makes babies need more energy than normal babies.
In addition, problems with the endocrine system that cause hormonal disorders, such as a lack of thyroid hormone (hypothyroidism) and lack of growth hormone, can also make the baby fail to thrive.

The baby's health conditions, including minor illnesses, can also cause the baby to fail to thrive if not treated immediately. Just like adults, babies can also experience a decrease in appetite when they are not feeling well, have a cough, runny nose, or canker sores. This condition causes a lack of nutritional intake and eventually the baby's weight does not increase or even decrease.
To prevent your little one from failing to thrive, make sure you breastfeed as often as possible, as needed. For formula milk, use the right dose according to the instructions for use on the formula milk packaging.
When your little one is able to eat complementary food for breast milk, give him complementary food for breast milk that is interesting to eat and highly nutritious. In addition, you may also be able to provide additional vitamins as recommended by your doctor.
Most importantly, check your little one's growth regularly, at least every month, either at the posyandu or at the doctor. That way, your little one's growth can always be monitored. If there is a disturbance in growth and development, this can be detected early and treated early.
Failure to thrive or failure to thrive really needs to be watched out for by every parent. If you feel your little one is having a hard time eating, getting thinner, or having difficulty gaining weight, immediately take him to the doctor for proper examination and treatment.