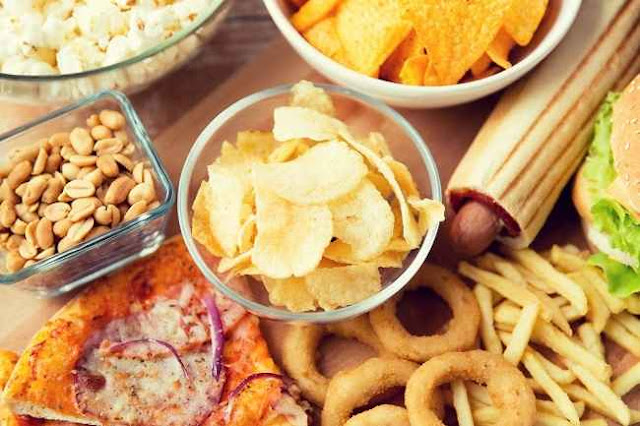 Salt is a crystalline mineral made of sodium (sodium) and chloride. Although generally used as a cooking spice, salt can also be used as a food preservative and to enhance the taste, texture, and color of food.
The content of sodium and chloride is useful for regulating fluid and electrolyte balance in the body, supporting nerve performance and function, and controlling body muscle contractions.
However, the benefits of salt for the health of the body can only be obtained as long as you consume salt in the appropriate dose, which is no more than 1 teaspoon of salt or the equivalent of 1,500 milligrams (mg) of sodium per day.
If consumed too much, salt can cause blood pressure to increase and trigger hypertension. This disease can cause various complications, such as stroke, malignant hypertension, heart disease, kidney damage, and even liver disease.

6 Types of Foods High in Salt

Foods high in salt do not always come from foods that taste salty because they are seasoned with salt. Foods that contain lots of certain ingredients such as MSG, baking soda, baking powder, disodium phosphate, sodium alginate, sodium citrate, and sodium nitrite, are also generally classified as foods high in salt or sodium.
You can usually find this content in the following types of high-salt foods:

Most fast food or fast food contains high calories and sodium. For example, a packet of instant noodles contains about 750–950 mg of sodium or maybe more. This amount is equivalent to the sodium content of 1 slice of pizza or 1 medium hamburger.
Meanwhile, the sodium content in 1 serving of fast food fried chicken can reach 2,100 mg. The sodium content in French fries is also quite high.
In addition, processed fish and meat, such as salted fish, smoked fish, ham, sausages, and various types of frozen food or other frozen foods are also included in high-salt foods.

Canned foods, such as corned beef and canned fish, also generally fall into the high-salt category of foods. The average sodium content of these canned foods ranges from 200–700 mg per serving.
Canned vegetables and fruit are also included in the list of foods high in salt. In half a cup of canned vegetables alone can contain about 350-500 mg of sodium.

The next high-salt food is a light snack, especially one that tastes salty or savory. Examples include potato chips, salted peanuts, crispy mushrooms, fried chicken skin, and fried foods.
The sodium content in a serving of this snack averages between 250-400 mg. The amount of salt or sodium in a snack can be higher if a lot of flavoring is added.

Cereal is one type of food that is widely consumed at breakfast. Even though they are high in fiber, most packaged cereals are also high in sodium. Some cereal products also contain a lot of sugar.
One serving of instant cereal can contain about 200–300 mg of sodium. This does not include the sodium content of a glass of milk which is usually mixed in cereals.
In addition to instant cereal, other breakfast menus that contain high sodium are biscuits, pancakes, pastries, and donuts which on average contain about 400–800 mg of sodium per serving.
In addition to the 5 types of food above, there are also types of high-salt foods that we often don't realize, namely pickles, pickles, chili sauce, tomato sauce, salad dressing, soy sauce, and various instant cooking spices.

How to reduce the habit of consuming high salt foods

Excess salt can have an impact on your health. If you have a habit of frequently consuming high-salt foods, try starting to reduce your intake of these foods from now on for your health.
There are several ways to reduce salt intake that you can try, including:

First, start by reducing the portion of high-salt foods. If you often snack on high-salt foods, try replacing them with other healthier snack options, such as fruit, salad, or yogurt.

Make your own food

Compared to processed food or packaged frozen food, it is better to make your own food from fresh food. When cooking these foods, reduce the amount of salt, MSG, flavoring, soy sauce, or sauce. These foods will be healthier because they contain less salt or sodium.
If these methods are carried out regularly and consistently, gradually your habit of eating salty and savory foods high in salt will decrease. As a result, you can avoid various risks of health problems that may occur if you eat too many foods high in salt.
If you find it difficult to determine a healthy diet or choose foods that are low in salt, you can consult a doctor to find out the type of food that suits your condition.