Consumption of foods that contain gas can make you experience flatulence and often belch and pass gas (fart). Although not dangerous, too much gas in the digestive tract can cause discomfort, especially during activities. 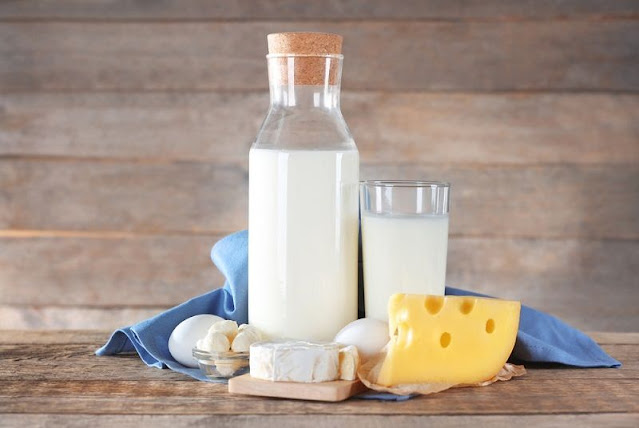 Gastrointestinal gas or farts are often odorless, but farts can sometimes have a pungent smell. The smell of the fart comes from sulfur substances produced by bacteria in the intestines or the smell of certain foods, such as petai and jengkol.
In addition, a person can sometimes fart more often when eating foods that contain high gas. So, what kind of food is it?

Nuts are one type of food that can produce large amounts of gas in the digestive tract. This is because nuts generally contain refined sugar which is difficult for the body to digest.
In the intestine, raffinose will be processed by bacteria into various gases, such as hydrogen, carbon dioxide, and methane. When the amount of gas in your intestines increases, you will feel bloated and pass gas more often.

There are several types of vegetables that are high in gas, including asparagus, broccoli, cabbage, cabbage, mushrooms, and onions. This type of vegetable contains a natural sugar called fructose. Similar to the raffinose in beans, the fructose sugar in vegetables can also produce gas in the intestines.

Grains such as oats contain fiber, raffinose, and starch. These three substances can produce gas after being digested in the large intestine. However, there are also grains that do not produce gas. One of them is rice.

4. Milk and its processed products

Milk and dairy products, such as cheese and ice cream, contain a natural sugar called lactose. To digest these sugars, the body needs to produce the enzyme lactase. However, in people with lactose intolerance, the body is not able to produce enough of this enzyme.
As a result, the accumulated lactose will be processed by bacteria in the intestines into gas. This is what makes milk and its processed products including foods that contain high gas.

Apples, pears, peaches, and prunes are types of fruit that contain sorbitol sugar and fiber. By bacteria in the intestine, the sugar and fiber content in the fruit will be processed into gas.
Various types of foods that contain high gas above are generally included in the types of foods that contain FODMAPs (fermentable oligo-, di-, mono-saccharides and polyols), namely carbohydrates and sugars that cannot be digested properly.
In the large intestine, FODMAP will go through metabolic processes by bacteria and produce gas. In people with irritable or inflammatory bowel disease, FODMAP can worsen symptoms of digestive disorders, such as abdominal pain, diarrhea, and flatulence.
Not only consumption of foods that contain high gas, the entry of air into the gastrointestinal tract can also occur due to smoking habits and frequent chewing of gum, especially those containing artificial sweeteners, such as sorbitol, mannitol, and xylitol.
To prevent excess gas production in the digestive tract, you are advised not to consume foods that contain gas in excess. If you often feel bloated, stomach pain, and nausea after eating these foods, you can consult a doctor to get the right treatment.