Let's Enjoy the Benefits of Seaweed

Let's Enjoy the Benefits of Seaweed

The benefits of seaweed have been popular since ancient times. Since 300 years BC, seaweed has been consumed in east Asia as a daily side dish, and to treat disease. Meanwhile, Roman culture used seaweed to treat wounds, burns, and skin rashes. 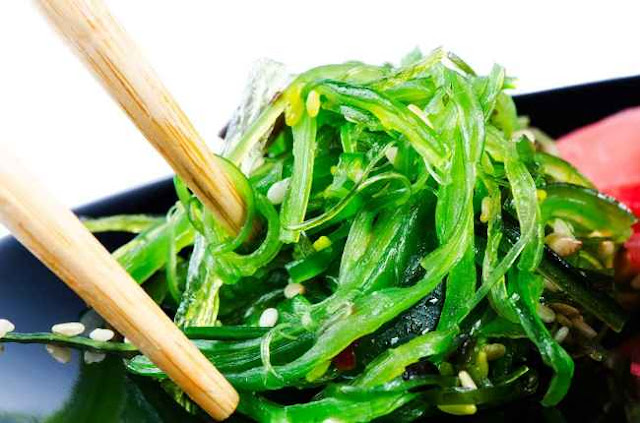 Seaweed is part of the multicellular algae family which includes green algae, red algae, and brown algae. For centuries, seaweed has been the prima donna for medicine, industry, and food because of its nutritional content. Until now, clinical trials for therapeutic recommendations using seaweed are still few, but the benefits of seaweed have been trusted by the public, especially as a source of important nutrients that are good for health.

Types of Seaweed That Can Be Consumed

There are various types of seaweed that can be consumed either fresh, dried, cooked, or processed into powder supplements, namely:

Seaweed is low in calories and fiber, but contains a variety of nutrients, such as carbohydrates, protein, fiber, vitamins and minerals including magnesium, manganese, iodine, potassium, sodium, calcium, folate, iron, and copper, in fairly high amounts. Seaweed also contains vitamins A, C, E, K, phosphorus, and choline although in small amounts. In addition, seaweed is also rich in antioxidants that make seaweed has a variety of health benefits.
Whatever the type, here are the benefits of seaweed that you can get when you eat it:

The thyroid has an important role in the body's metabolic system. To carry out its function, the thyroid gland needs iodine intake which can be obtained by consuming seaweed or iodized salt. Iodine deficiency can cause hypothyroidism.

Seaweed is a good source of soluble fiber, and contains omega-3 fatty acids and antioxidants that are beneficial for heart health. Several studies have shown that the nutritional content in seaweed appears to be able to lower blood pressure, reduce bad cholesterol (LDL) and total cholesterol, and prevent blood clots. However, further clinical research is needed to strengthen this evidence.

Research shows that a diet high in fiber, which can be obtained from vegetables, fruit, and seaweed, can help improve blood sugar levels. Fucoxanthin and alginate compounds in seaweed are believed to reduce insulin resistance and stabilize blood sugar levels, as well as prevent type 2 diabetes.

The content of fiber and fucoidan, a type of sulfate polysaccharide found in seaweed is known to increase fat breakdown and prevent fat formation. Seaweed is also believed to regulate the hormone leptin, reduce hunger, and make the body feel full longer.

Numerous laboratory studies have shown that the antioxidant and anti-allergenic compounds in seaweed have the ability to fight various viruses, such as herpes and HIV, by blocking them from entering the body's cells. However, more research is needed to prove its effect in humans.

The fiber content in seaweed can help prevent constipation and ensure smooth digestion. Seaweed also contains prebiotics that are beneficial for the gut and reduce the risk of certain harmful bacterial infections.

Lowers the risk of certain cancers

Several studies show that the benefits of seaweed that are regularly consumed can reduce the risk of breast cancer. The soluble fiber found in seaweed is also believed to help suppress the development of colon cancer. However, further research is still needed to prove this.
Seaweed is also known to provide protection against several diseases, such as metabolic syndrome, skin damage, to inflammatory arthritis.
Although good for health, you should not eat too much of this iodine-rich seaweed. Excess iodine can cause health problems such as the risk of bleeding, thyroid disorders, and kidney problems. Seaweed also contains metallic substances, such as mercury, lead, and cadmium, which can be harmful to the body. Therefore, it is recommended to limit the intake of seaweed as much as 4 grams per day.