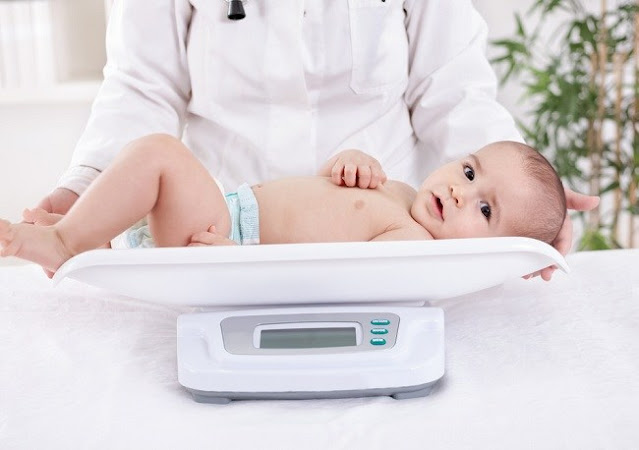 Based on the results of basic health research conducted by the Ministry of Health of the Republic of Indonesia above, 5.7% of cases of underweight in children under five were caused by poor nutrition. Meanwhile, 13.9% of cases were caused by malnutrition. This indicator of nutritional status based on body weight and age index indicates that there are general nutritional problems that need attention, especially by parents.
In general, parents can recognize signs of underweight in children, namely if he is losing weight, his body does not increase in size after a few months, and the ribs are clearly visible from the body. But these signs can not always be used as a benchmark. Not to mention the influence of other factors, such as physical activity, metabolic disorders, diseases, genetics, as well as socio-economic and environmental factors.
The best way to find out if your child is underweight is to see a doctor to consult about the signs, risk factors, and health complications that your child may experience as a result of being underweight. Mothers are also advised to be diligent in checking their health and weighing their children regularly, so that the stages of growth and development of the little one are monitored. Regular visits to Posyandu, Puskesmas, special clinics for mothers and children, or hospitals are one of the first steps to be aware of being underweight.

Meeting the needs of children can not be arbitrary. Although high in calories, foods such as chocolate, sugary drinks, and fatty foods are not recommended to be the main source of energy in children. Keep in mind, children also have a smaller digestive tract, so you need to get around your child's feeding.
For children under 6 months of age, exclusive breastfeeding is still the recommended main source of nutrition, while for those aged over 6 months, they can be introduced to various types of complementary foods  to start introducing them to solid foods. to supplement the nutrition of breast milk.
Your little one usually needs an additional frequency of eating outside of the usual meal times, which is three times a day. Add at least three light meals (snacks) with smaller portions each day to increase their energy intake. Take care of your child's diet so that it consists of the following food compositions:
Remember, don't let your child eat fast food just because you want to gain weight. Do not also provide additional nutrition other than breast milk to infants under the age of 6 months, beyond the doctor's advice, considering that the gastrointestinal tract is not ready to digest complex food and drink intake. Mothers must remain careful in choosing good nutritional sources for growth and development and also the health of the Little One to avoid malnutrition or vice versa, obesity.
If with the various efforts made, the Little One's underweight is still not handled, then the Mother is recommended to bring the Little One to be re-examined by the pediatrician, so that it can be examined carefully to determine the planning of efforts to improve the Little One's nutrition.