Know the Benefits of Manganese for Body Health

Know the Benefits of Manganese for Body Health

There are various health benefits of manganese. Manganese is an essential mineral that is needed by the brain, nervous system, and body's enzyme system to carry out its various functions. 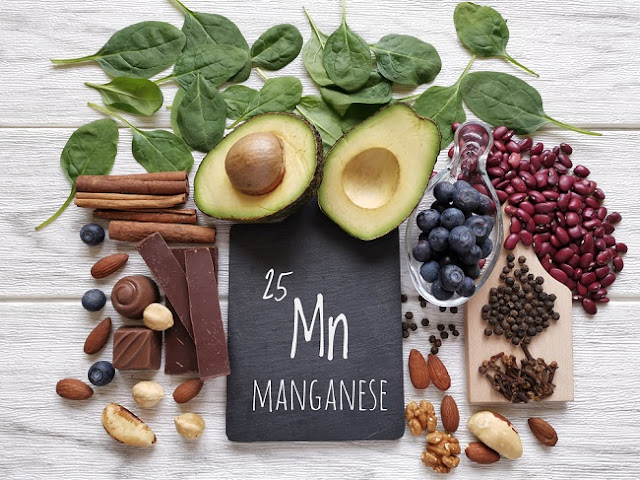 Our bodies cannot produce manganese. Therefore, the benefits of manganese can only be obtained from foods rich in this mineral, including seeds, nuts, green leafy vegetables, shellfish, oysters, mussels, coffee, tea, and mineral water.

The following are some of the benefits of manganese for the health of the body:

Together with calcium, zinc, and copper, manganese is beneficial in maintaining bone health. Especially in the elderly (elderly), manganese and these nutrients can support bone mineral density and prevent osteoporosis and its complications.

Manganese is part of an important antioxidant enzyme for the body, namely the enzyme superoxide dismutase (SOD). These antioxidants function to protect the body from excess free radicals that have the potential to cause cell damage, so that you avoid various chronic diseases, such as cancer.

Manganese is one of the minerals involved in the production of the hormone insulin, a hormone needed to transport sugar from the bloodstream to the body's cells. With adequate manganese, insulin works optimally, so that blood sugar levels remain stable.

Manganese can stimulate the movement of electrical impulses more quickly and efficiently in the brain or throughout the body. That way, brain functions, including the ability to think, remember, and solve problems, will improve.
In addition, manganese can also work as a blood stream to the brain. Adequate levels of manganese in the body can help increase blood flow to the brain and reduce the risk of diseases such as stroke.

Manganese can also speed up the wound healing process, because manganese plays an important role in the formation of collagen in skin cells. Collagen is one of the compounds needed to heal wounds. With maximum collagen production, wounds can heal faster.

Several studies have shown that manganese combined with calcium can help relieve symptoms of premenstrual, such as cramps and abdominal pain, anxiety, mood swings, and even depression.

7. Maintain the function and health of the thyroid gland

Manganese also plays a role in the production of the hormone thyroxine by the thyroid gland. Thyroxine hormone plays a role in many metabolic processes of the body. This hormone can control appetite, maintain ideal body weight, and ensure that the body's organs work optimally.
The benefits of manganese for health are no longer in doubt. However, the level of manganese in the body still has a limit. This is because manganese is one of the minerals included in the type of heavy metal.
Excessive or prolonged exposure to manganese can cause a number of side effects, such as tremors, muscle stiffness, and damage to the lungs, liver, kidneys and central nervous system. So, you need to be careful if you take supplements that contain manganese.
You can actually fulfill your daily consumption of manganese from foods rich in this mineral. If you intend to take manganese supplements, consult your doctor first.