Keto Diet: Know the Benefits, How to Live it, and the Risks

Keto Diet: Know the Benefits, How to Live it, and the Risks

The keto diet is a diet that is carried out by adopting a low-carb, but high-fat diet. This diet method is increasingly popular because it is considered fast to lose weight. On the other hand, the keto diet is still controversial because if not done properly, it may be harmful to health. 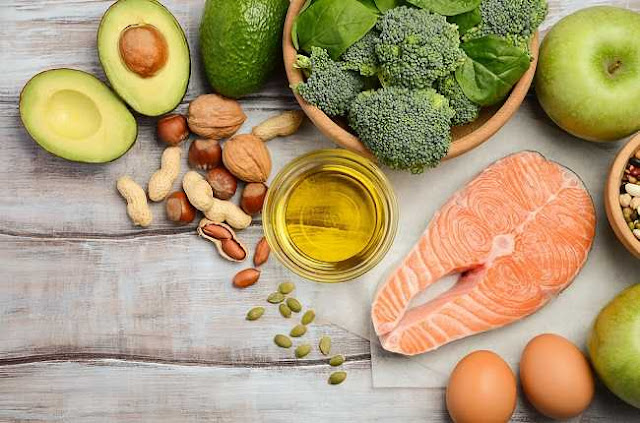 In order to achieve the fast weight loss benefits of the keto diet, it's best to know everything about the keto diet, including how to go about it and the risks. Thus, you are able to understand and take into account whether this type of diet is suitable for your body condition and physical abilities.

What is the Keto Diet?

The keto diet is similar to the Atkins diet, DEBM diet, and other low-carb diets in that it reduces carbohydrate consumption and increases fat consumption. The goal of consuming high amounts of fat on the keto diet is for the body to reach a state of ketosis.
In these conditions, the body will burn fat as the main energy source. Fat will also be converted into ketones in the liver, so it can provide energy for the brain.
Ketosis is actually a mild form of ketoacidosis, a dangerous condition that many people with type 1 diabetes experience.
Although there are still many pros and cons, several studies show that the keto diet is safe and also effective to do, especially for people who are overweight or obese.
Until now, the benefits and effects of the keto diet on the body are still being studied. We recommend that you do the keto diet for a certain time limit and under the supervision of a doctor.

Various Benefits of the Keto Diet

Before being used to lose weight, the keto diet was actually recommended as a way to treat several types of diseases, especially to reduce the frequency of seizures in children with epilepsy who were not successfully treated with drugs.
Some conditions that benefit from the keto diet include:

For people with type 2 diabetes, the keto diet is the recommended diet as long as the fats consumed are healthy fats, such as fats from salmon, nuts, and avocados.
Low carbohydrate intake with high fat is believed to improve the body's performance in storing and processing energy. This will then relieve the symptoms of diabetes that are felt.
In order to monitor the safety of the keto diet in diabetics, it is recommended that patients regularly check their blood sugar levels every day. Do not let blood sugar levels are too low. Testing for ketone levels also needs to be done to avoid ketoacidosis.

2. Relieve the symptoms of epilepsy in children

3. Reduce the risk of heart disease

In addition to epilepsy, the keto diet is also believed to have benefits for treating nervous system disorders such as Alzheimer's, sleep disorders, and Parkinson's disease. This is thought to be thanks to the ketones produced by the body breaking down fat into energy, thus protecting brain cells from damage.
The keto diet can also provide several other benefits, such as reducing acne, helping treat PCOS, and inhibiting the development of cancer. In addition, this diet method also inhibits inflammation in uric acid.
Therefore, many health practitioners recommend the keto diet, but of course it must be followed in the right way.

How to Live the Right Keto Diet

For those of you who are interested in doing the keto diet, you must be willing to reduce the consumption of carbohydrates every day in large enough quantities. The standard keto diet (standard ketogenic diet) includes a diet consisting of 75% fat consumption, 20% protein consumption, and 5% carbohydrate consumption.
Meanwhile, the high-protein ketogenic diet has a higher portion of protein consumption. The diet applied is 60% fat, 5% carbohydrates, and 35% protein.
In addition, there are other types of keto diets that are more commonly practiced by athletes or bodybuilders, namely the cyclical ketogenic diet (CKD) and the targeted ketogenic diet.
So, what foods are avoided or recommended on the keto diet? The following are fat-rich foods that are recommended in the keto diet:
Meanwhile, the types of carbohydrates to avoid include:
The keto diet is recommended to be carried out in the short term (starting from 2-3 weeks to a maximum limit of 6-12 months) limited to reducing body fat and improving health, followed by a healthy lifestyle.
This aims to avoid the risk of health problems that may occur if the keto diet is carried out in the long term.

Considering the Risks of the Keto Diet

Some of the risks that can occur, when on a long-term keto diet:
Keep in mind, while on the keto diet, initially you may experience some complaints. This is known as the “keto-flu”, which will appear during the adjustment process. Some of the complaints that may arise include:
Although it doesn't always happen, these complaints can sometimes feel heavy for those of you who are just starting to go on the keto diet. However, these complaints will lessen over time and once you get used to this diet.
Consider the various benefits and risks of the keto diet before embarking on it. Don't just be tempted by the benefits of fast weight loss, because there are a number of risks, including ketoacidosis, which are dangerous.
Basically any diet that is done, will not always give the same results in everyone. Therefore, adjusting the type of diet to the conditions, needs, and abilities of the body is highly recommended. If necessary, consult a nutritionist before undergoing the keto diet.