This is the Impact of Often Forcing Children to Eat

When faced with children who have difficulty eating, many mothers end up forcing their children to eat. In fact, this method is not effective, it can even have a bad impact on children. 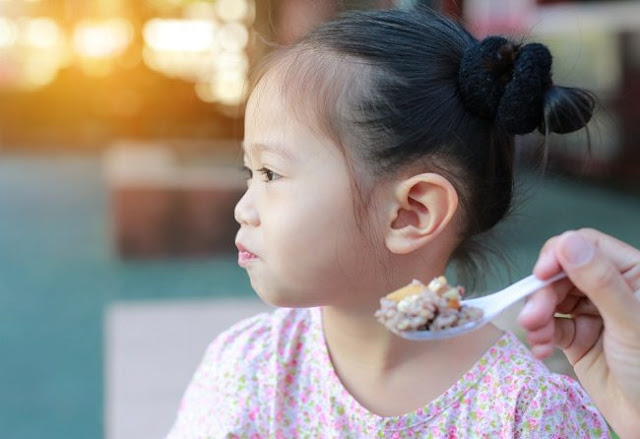 Children's desires are difficult to predict, especially when it comes to eating. Sometimes they can just finish all the food that is given, but not infrequently the food is not touched at all.
In fact, apart from being a source of energy, nutrients in food also play an important role in increasing endurance, supporting brain work, reducing the risk of disease, making you feel happy, and maintaining a healthy weight.
Actually, there are various reasons behind children who 'break' to eat. Children may be bored with certain food menus, want to eat other foods, or really have no appetite, for example because they are teething or are not feeling well.

Impact of Forcing Children to Eat

If your little one has difficulty eating, there are some behaviors that can make you dizzy. Well, even though you may feel tired and upset, try to stay patient and don't force your little one to eat, OK, Bun. The reason is, there are several negative impacts that can arise if children are continuously forced to eat, including:

Forcing your little one to eat can make his mood unhappy, especially when he hears his mother nagging. If the mood is not good, the little one's appetite can also decrease.

When you force your little one to eat, there will be a feeling of pressure because he has to do things he doesn't like. If you are constantly forced to eat, your little one might connect eating activities with mother's anger or scolding.
Furthermore, it is not impossible for your little one to be traumatized to eat and refuse all forms of food that you give.

If you already have a trauma in food, difficulty eating in your little one can continue for a long time. In fact, if it's hard to eat, your little one's daily nutritional needs can be difficult to fulfill. As a result, their immune system can weaken and your little one is at higher risk for malnutrition and illness.

Tips for Kids Want to Eat

Don't worry, Bun, instead of forcing him to eat, there are other things that can make it easier for him to eat. Do the following tips to make it easier for your little one to eat:
When your little one refuses to eat, your feelings can be mixed. In addition to feeling tired because children are difficult to work with, Mother is also worried that the little one's food intake is not enough. However, that doesn't mean you have to force him to eat, let alone scold him, doesn't it?
This is normal and usually happens to children, really, Bun. Keep thinking positive and persuade your little one in fun ways. However, if your little one still has no appetite and looks weak, immediately consult a doctor, yes, Bun. It could be a decrease in appetite caused by problems with his health.