Here are 4 Benefits of Wasabi for Body Health

Here are 4 Benefits of Wasabi for Body Health

Japanese food lovers are certainly no stranger to wasabi. Behind the spicy taste and sharp aroma, the benefits of wasabi are not small. Various nutrients contained in it turned out to be good for the health of the body. 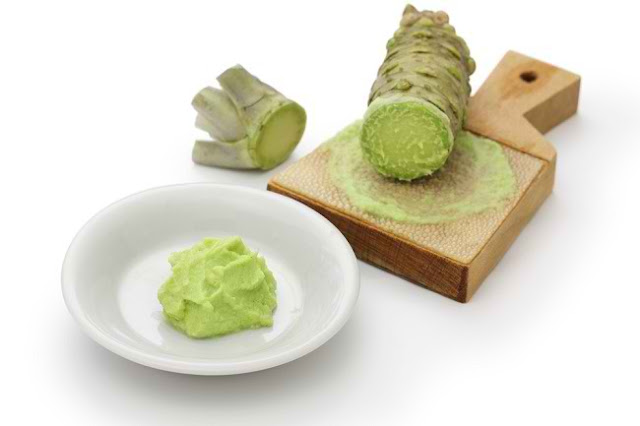 Wasabi comes from the plant Eutrema japonicum, which is a type of vegetable that is still classified as cabbage. In Japan, this plant can grow wild along clean and cool streams.
Wasabi has a distinctive aroma and taste, so it is often used as an additive to enrich the taste in various types of food, such as sushi, noodles, soups, and grilled meats. Wasabi comes in many forms, and one of them is pasta. Wasabi paste has been widely sold in various countries, including Indonesia.

In addition to its unique taste, wasabi also contains a variety of nutrients that are beneficial to the health of the body. The following are various nutritional content contained in wasabi:
Wasabi also contains high enough antioxidants and contains natural substances that are antibacterial, antifungal, and anti-inflammatory.

Benefits of Wasabi for Body Health

Thanks to the nutritional content and various substances in it, there are many benefits of wasabi that you can get, including:

Get rid of germs

The wasabi plant has an active compound called isothiocyanates (ITC). This compound has a role as an antibacterial. That is why wasabi is often served with raw foods, such as sushi and sashimi.
This is because wasabi can eradicate germs in raw food, thereby reducing the risk of food poisoning. Wasabi is also said to eradicate germs in the urinary tract and respiratory tract.
Although it acts as an antibacterial, the main way to avoid the risk of food poisoning is to cook food ingredients until they are completely cooked.

Wasabi is known to increase the body's metabolism. This means that wasabi can support the process of burning fat tissue in the body, so that weight loss can be maintained. However, the benefits of wasabi for diet and weight loss still need further research

Inflammation is the immune system's response to infection, injury, and toxins that enter the body. In addition to being antibacterial, the ITC content in wasabi is also useful for reducing inflammation.
Several studies have shown that wasabi extract can suppress the excessive activity of immune cells, thereby reducing inflammation. Not only that, wasabi is also known to inhibit the growth of cancer cells and is good for maintaining brain health.

Currently, wasabi is widely available in supermarkets, especially supermarkets that sell imported products from Japan. However, fresh wasabi prepared directly from the wasa plant has a more refreshing taste and aroma than packaged wasabi.
Before consuming wasabi, you are advised to follow the following tips:
In general, you can eat wasabi when you eat a variety of Japanese dishes. However, you can also experiment with wasabi to create a variety of other dishes.
Although it is generally safe for consumption, you are still advised to limit wasabi consumption. This is to prevent the emergence of side effects due to excessive consumption of wasabi, such as stomach pain, nausea, vomiting, and diarrhea.
You are also advised to limit wasabi consumption if you are pregnant, have a bleeding disorder, are about to undergo surgery, or are undergoing certain medications. If you experience certain complaints after consuming wasabi, you should immediately consult a doctor.