Behind the unique aroma and taste, there are many benefits of chives that we can get. Thanks to a variety of abundant nutrients in it, the leaves, which at first glance are similar to leeks, have even been used as herbal remedies for thousands of years in Europe. 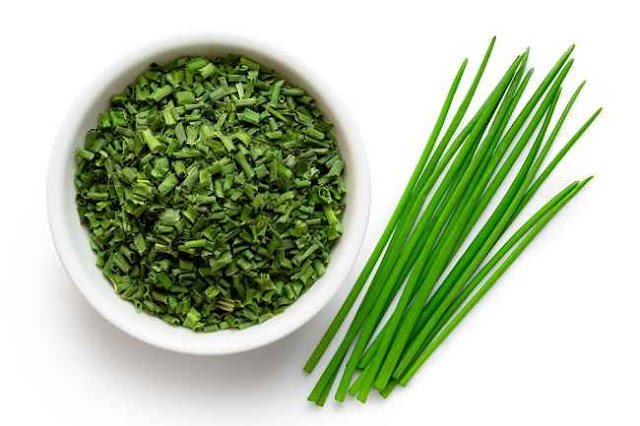 Chives are a vegetable that comes from the Allium family, along with onions, garlic, and scallions. Usually we often encounter chives as a garnish in food dishes or as an addition to omelets, salads, soups, and kimchi.

Although usually consumed in small amounts, chives can enhance the taste and increase the nutritional value of food. So, it doesn't hurt you to add chives more often in each of your meals.
The benefits of chives for health can not be separated from the nutritional content in it. 1 tablespoon of chives contains vitamin A, vitamin C, vitamin K, choline, folate, calcium, potassium, and phosphorus.
Not only that, chives are also known to contain flavonoids, glycosides, and saponins, as well as various other active compounds that have anti-inflammatory and anticancer properties.
Here are some of the benefits of chives leaves that you can get:

The content of choline and folate in chives leaves is useful for maintaining memory, and supports the development of healthy brain function. Several studies have also shown that people who have low levels of choline and folate are at higher risk of developing cognitive disorders, such as dementia and Alzheimer's disease.

Chives leaves have high levels of calcium and vitamin K. The content of these nutrients is useful for maintaining bone density, strengthening bones and joints, and preventing bone disorders, such as osteoporosis.

The benefits of chives leaves which are also important is maintaining intestinal health. Chives leaf extract is known to have an antioxidant effect that can inhibit the growth of bacteria that cause diarrhea and dysentery.

4. Reduce the risk of cancer

The active compounds in chives are known to have antioxidant and anticancer properties. Some research shows that chives leaf extract can inhibit the growth of cancer cells, such as stomach cancer.
Although it has great potential, the benefits of chives above still require more research evidence before it can be used as an official treatment. However, in general, you can still use chives in cooking to improve your health.
To get the optimal benefits of chives, choose chives leaves that are bright green evenly and avoid buying chives leaves that wither or start to turn yellow. Fresh chives usually last about 1 week in the refrigerator.
The most commonly used way to take advantage of chives leaves is to cut them into small pieces and sprinkle them on cooked food, such as on bread, stir-fried vegetables, baked potatoes, or salads.
In addition, you can also mix the chives while cooking or process them into kimchi. This method can be a trick to add flavor to food and reduce salt and sugar intake.
Generally, chives are safe for consumption. However, if you have an allergy to onions, you should limit the consumption of chives to reduce the risk of an allergic reaction.
If you experience an allergic reaction or bothersome complaints after consuming chives, you should consult a doctor for examination and treatment if necessary.