Healthy Ways to Prepare Your Own 8 Month Baby Food

Healthy Ways to Prepare Your Own 8 Month Baby Food

At the age of 8 months, babies begin to be able to take and put food in his mouth. At this age, it is recommended that you start preparing small snacks or finger food for baby snacks between meals. 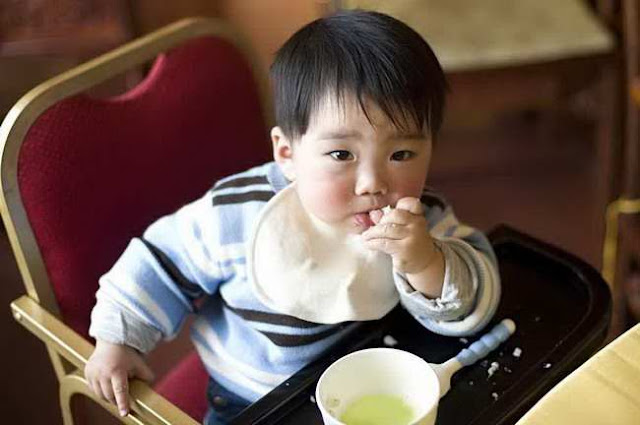 Generally, an 8-month-old baby can eat solid food up to three times a day. If possible, introduce the same type of food for 2-3 days, before switching to another type of food. However, before talking further about the food, it's a good idea to first identify the development of his abilities.

There are several abilities that an 8-month-old baby begins to show, including starting to move his jaw to chew food or using his tongue to push and swallow food. Babies can also move objects from one hand to another, and put objects they are holding in their mouths.
In addition to some of the things above, another characteristic is that the baby is starting to sit up straight and can swallow well. Weight gain is also significant, generally twice the weight at birth. In addition, babies seem eager to eat and tend to be interested in other people's food.

How to Process 8 Months Baby Food

At 8 months of age, babies can be introduced to soft, mashed foods. You can also start making a variety of finger foods, which are small soft foods or foods that can be finished in one bite. These foods are generally easy for babies to pick up and eat on their own without your help.
Here are some examples of how to process 8 month baby food:
In addition to giving your baby the opportunity to feel the texture and taste of food, you should also record a list of foods that are given to make it easier for you to detect and anticipate the types of foods that may cause allergic reactions in the future.
This allergic reaction that may arise is usually characterized by symptoms of vomiting, diarrhea, or a rash. Soy, eggs, wheat, fish, milk, and nuts are examples of foods that most often trigger allergies. Honey should not be given first to avoid the risk of botulism.

Things that must be considered

Preparing food for an 8-month-old baby is certainly different from cooking for adults. Make sure you always wash your hands before handling baby food. Apart from that, there are several other things you should pay attention to, including:
Processing 8 month old baby food at home is relatively healthier, more efficient and economical than providing instant products. However, if you are giving your 8-month-old baby food ready-to-eat, it's best to finish it within 1-2 days, then discard any leftovers to reduce the risk of exposure to bacteria.
Even if an 8-month-old baby has been eating solid foods, it is best to continue giving breast milk or formula as usual. 8-month baby food cannot replace the vitamins, protein, and iron contained in breast milk.