Soy milk is often consumed by those who have allergies to cow's milk. But considering the abundant benefits of soy milk, actually soy milk can be consumed by anyone, of course with the ideal dose. 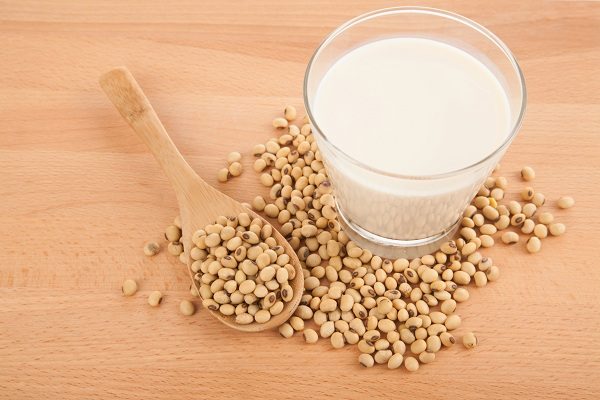 Soy milk is made from ground and boiled soybeans. Soy milk is plant-derived and naturally cholesterol-free, low in saturated fat, and contains no lactose.

A study showed that women who drank soy milk daily had a 56% lower risk of osteoporosis compared to women who did not drink it. In addition, soy milk can relieve menopausal symptoms, such as hot flashes and night sweats. Soy is also thought to help the cognitive function of women under 65 years of age. While the assumption that soy milk is useful for heart health is still being studied.
Other benefits of soy milk can not be separated from the content in soy. Here are some of the content of soy milk that is good for the body:
Thanks to its diverse nutritional content, soy milk is also good for pregnant women to consume, as long as the amount is not excessive.

The Risks of Consuming Soy Milk

In addition to having content that is beneficial to health, several studies show that consumption of soy products has the following risks.
Actually, soybeans, like other foods, do not cause problems as long as they are consumed in moderation. Consumption of soy milk in sufficient quantities can be beneficial for the body.
Consumption of as much as 10 mg of soybeans per day can reduce the risk of breast cancer recurrence by 25%. This is because soybeans contain antioxidants in the form of genistein which can inhibit the growth of cancer cells when consumed in balanced amounts.
Consumption of soy in any form, needs to be balanced with a number of fruits and vegetables, whole grains, and other protein products. This is because the body needs various types of food, so don't just focus on the benefits of soy milk for the body, but also consume various types of other foods and drinks so that your nutritional needs are met.