Giving Soya Milk to Babies, Here Are the Facts

Giving Soya Milk to Babies, Here Are the Facts

Soy milk or soy milk for babies is often used as an alternative to meet nutritional intake in infants. However, is it safe to give soy milk to babies? Come on, find out the answer in the following discussion. 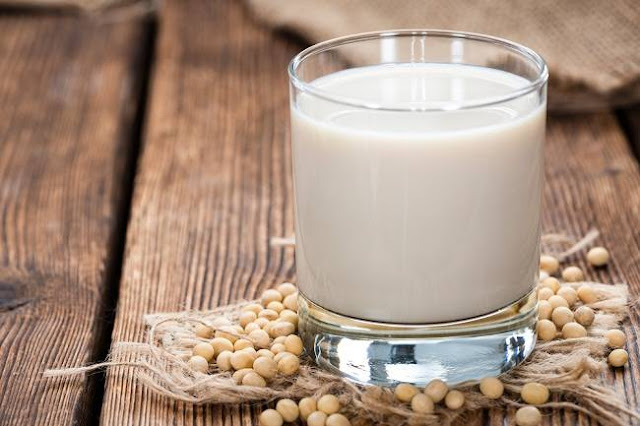 Soy milk is one type of drink that is commonly consumed by Indonesian people, from infants to the elderly. As the name suggests, soy milk is milk made from soybeans or soybeans. A cup of unsweetened soy milk (about 250 ml), contains 7 grams of protein, 4 grams of fat, 4 grams of carbohydrates, and 80–100 calories.
Soy milk is also a source of protein, potassium, vitamin A, and isoflavones. Because it is made from plants, soy milk contains absolutely no cholesterol and is low in saturated fat.

Giving Soy Milk to Babies, Is It OK or Not?

Although nutritious, soy milk is not the type of milk that can be used as a baby's main source of nutrition. Soy milk for babies is generally only recommended if the baby has an allergy to regular formula milk made from cow's milk.
Soy milk is also not recommended to be given to babies born prematurely or babies aged less than 6 months. In addition, soy formula should not be given to babies who are experiencing colic and are at high risk of having food allergies.
Generally, the most important type of milk for babies is breast milk. Breast milk has all the nutrients that babies need for their growth and development. Breast milk is also the main source of nutrition for infants aged 1-6 months and can be continued until the age of 2 years.
In addition, there are several other reasons why mothers should not give soy milk to their little ones, namely:

Increases the risk of allergic reactions

Giving soy milk to babies under 6 months is feared to increase the risk of soy allergic reactions in the body. Symptoms of allergies in babies include vomiting, diarrhea, rash, looks fussy, to swelling of the face, lips, and tongue.

The content of additives, such as sugar or artificial sweeteners, in soy milk is not good for babies. If formula contains the type of sugar lactose, soy milk usually contains glucose. This glucose content can increase the risk of tooth decay in infants and children.

Cause problems in the baby's reproductive organs organ

Soy milk made from soybeans contains natural compounds called phytoestrogens, which resemble the hormone estrogen.
This makes it feared that excessive soy milk can affect the development of the baby's reproductive organs. Giving estrogen milk is thought to increase the risk of babies experiencing early puberty and thyroid problems.
In addition, because the nutritional content is different from breast milk and formula milk from cow's milk, consumption of soy milk is also believed to make the baby's weight lower.
However, claims related to the side effects of soy milk on the baby's health still need to be investigated further.

Soy milk can be given as an alternative if the child or baby is allergic to lactose or formula made from cow's milk. Soy milk can also be given to infants who have metabolic disorders, such as galactosemia. However, giving soy milk to babies, of course, needs to be discussed first with a pediatrician, right, Mom.
If you want to give soy milk to your little one, you need to pay attention to the following things:
Keep in mind that about 10–14% of children who are allergic to cow's milk are also allergic to soy. Therefore, before giving soy milk to a baby or child, make sure you discuss it with your pediatrician first.