Electrolytes are electrically charged minerals found in cells, tissues, and body fluids, including blood, urine, and sweat. There are many types of electrolytes with their respective functions. In order for all organs of the body to function properly, adequate intake of electrolytes is required. 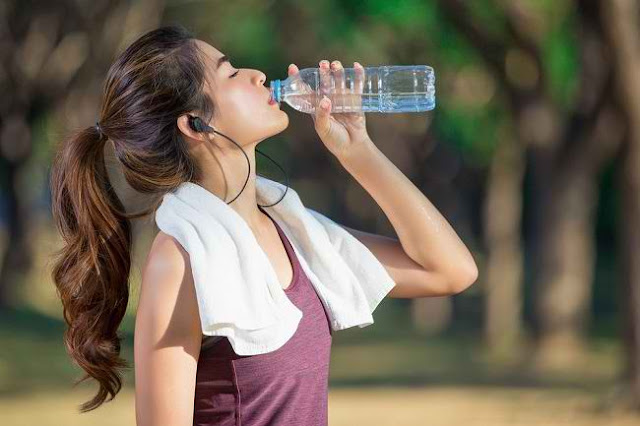 Electrolytes function to support the activity of cells and body tissues, such as nerves and muscles. Electrolytes also play an important role in maintaining heart function and keeping body fluid levels in balance.
Electrolytes can be obtained from foods and beverages, such as fruit, vegetables, electrolyte drinks or isotonic drinks, infused water, mineral water, or certain supplements. Apart from food and drinks, electrolytes can also be given parenterally or through a vein, namely through an IV.
There are many types of electrolytes in the body, including potassium (potassium), magnesium, calcium, sodium (sodium), and chloride.

Different Types of Electrolytes in the Body and Their Benefits

Sodium is needed by the body to maintain electrolyte balance, control fluids in the body, and regulate muscle contraction and nerve function. Normally, sodium levels in the blood range from 135–145 millimoles/liter (mmol/L).
Certain health problems can cause the body to have too much or too little sodium. Excess sodium (hypernatremia) usually results from severe dehydration, such as not drinking enough water, extreme dieting, or chronic diarrhea.
Meanwhile, sodium deficiency (hyponatremia) can be caused by consuming too much water, impaired kidney or liver function, heart failure, or abnormalities in the antidiuretic hormone which regulates the amount of body fluids.

This electrolyte functions to regulate the rhythm and pump of the heart, keep blood pressure stable, support electrical nerve activity, regulate muscle contraction and cell metabolism, and maintain bone health and electrolyte balance.
In the blood, the normal amount of potassium is in the range of 3.5–5 millimoles/liter (mmol/L). Potassium deficiency (hypokalemia) can be caused by diarrhea, dehydration, and the side effects of diuretic medications.
Meanwhile, excess potassium (hyperkalemia) is usually caused by severe dehydration, kidney failure, acidosis, or low levels of the hormone cortisol in the body, for example due to Addison's disease.

Chloride in the body functions to maintain the pH or acidity of the blood, the amount of body fluids, and the activity of the digestive tract. Normally, chloride levels in the body are 96–106 mmol/L.
Chloride deficiency (hypochloremia) can occur due to acute kidney failure, excessive sweating, eating disorders, impaired adrenal gland function, and cystic fibrosis. Meanwhile, excess chloride (hyperchloremia) occurs due to severe dehydration, parathyroid gland disorders, kidney failure, or side effects of dialysis.

Magnesium plays an important role in the process of forming cells and body tissues, maintaining heart rhythm, and supporting nerve function and muscle contraction. Adequate magnesium needs are also useful for improving sleep quality in insomniacs.
Normally, magnesium levels in the body are 1.4–2.6 mg/dL. Excess magnesium (hypermagnesemia) can be caused by a variety of conditions, such as Addison's disease or severe kidney failure.
Meanwhile, magnesium deficiency (hypomagnesemia) can be caused by heart failure, chronic diarrhea, alcoholism, or side effects of drugs, such as diuretics and antibiotics.

This type of electrolyte functions to maintain normal blood pH, balance body fluid levels, and regulate heart function. Normally, bicarbonate levels in the body range from 22–30 mmol/L.
Abnormal amounts of bicarbonate in the blood can be caused by respiratory disorders, kidney failure, acidosis and alkalosis, and metabolic diseases.
Each type of electrolyte above has an important role in the body. However, the amount of electrolytes can sometimes be disturbed due to various factors, such as dehydration or certain diseases.
Electrolyte imbalances in the body may not cause symptoms, especially if they are mild. However, in more severe conditions, an electrolyte imbalance will usually cause the following symptoms:
In order for the various organs of the body to function properly, you need to keep the levels of each type of electrolyte in the body within normal limits. To meet your electrolyte intake, you can eat nutritious foods, drink enough mineral water, and drink electrolyte drinks or supplements as needed.
If you experience symptoms of excess or lack of electrolytes, immediately consult a doctor for examination and treatment.