Get to know the various benefits of rice bran for health

Get to know the various benefits of rice bran for health 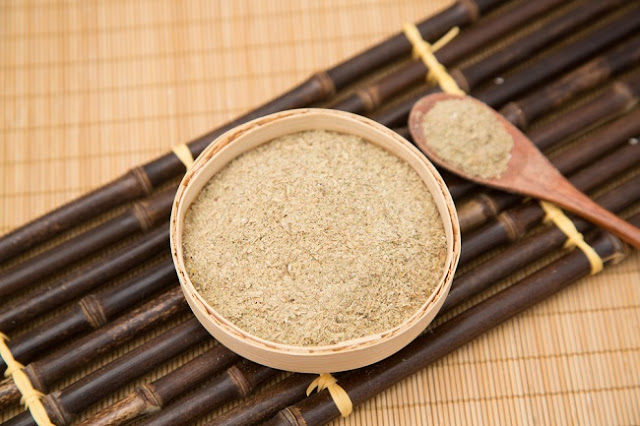 The benefits of rice bran can be obtained from its diverse nutritional content. Rice bran is a by-product of the rice milling process. The bran is the outer layer of rice that lies between the rice grains and the brown rice bran (bran).
Rice bran is actually not much different from bran. Both are equally part of the brown rice. The difference is, rice bran has a smoother texture than bran because it is the result of the second grinding (peeling) process.

Most of the content of rice bran is carbohydrates consisting of starch. Not only that, rice bran also contains several other important nutrients, such as:
Minerals, such as iron, zinc, copper, manganese, phosphorus, potassium, calcium, and magnesium
Amazingly, rice bran also contains a variety of bioactive compounds with high antioxidant activity, such as flavonoids, anthocyanins, tricine, and gamma oryzanol. With this nutritional content, it is not surprising that rice bran provides various health benefits.

Benefits of Rice bran for Health

The following are some of the benefits of rice bran for health that you need to know:

Rice bran is known to contain a variety of high antioxidant compounds, ranging from phenolic acids, flavonoids, to anthocyanins. These antioxidants are certainly needed by the body to fight the effects of excessive exposure to free radicals that can trigger chronic diseases, such as diabetes, coronary heart disease, and stroke.

Prevents the development of cancer cells

The high content of dietary fiber and bioactive compounds in rice bran can help prevent the development of cancer cells, ranging from gastric, breast, liver, to skin cancer. So far, the experiments have only been done on animals, but the results shown are convincing.

The content of dietary fiber and gamma oryzanol compounds in rice bran is believed to help reduce total cholesterol and bad cholesterol (LDL), and increase good cholesterol (HDL) levels. These properties can reduce the risk of various diseases caused by high cholesterol, such as stroke.
Although some of the benefits of rice bran still need to be proven by further research, at least you now know the nutritional content and good potential of bran for health. So, it never hurts to include these foodstuffs into your daily diet and that of your family.
Abroad, such as Japan and the United States, rice bran has been developed as a food product, such as rice bran cereal and rice bran oil. Some of these products can be found in Indonesia.
In Indonesia itself, rice bran has also been widely used as a substitute for wheat flour for making bread, cakes, biscuits. This can certainly improve the quality of these foods, because rice bran flour has more protein and fiber than wheat flour.
Besides being used as a food product, rice bran can also be made into a beverage product. You can mix rice bran with honey or ginger for a delicious taste while getting additional health benefits.
From the explanation above, don't think that rice bran is only for animal feed, okay? The large number of nutritional content in it makes rice bran a nutritious food ingredient and you should use it for health.
If you want to get the maximum benefits of rice bran in your daily diet, you can consult a nutritionist. The doctor will give directions regarding the types of food you can make with rice bran, along with the right portion of consumption for you.