The level of uric acid in the blood is greatly influenced by the food we eat. Meanwhile, excess uric acid can have a negative impact on body health. Therefore, identify what foods cause gout, so you can be more careful in choosing the foods you want to eat. 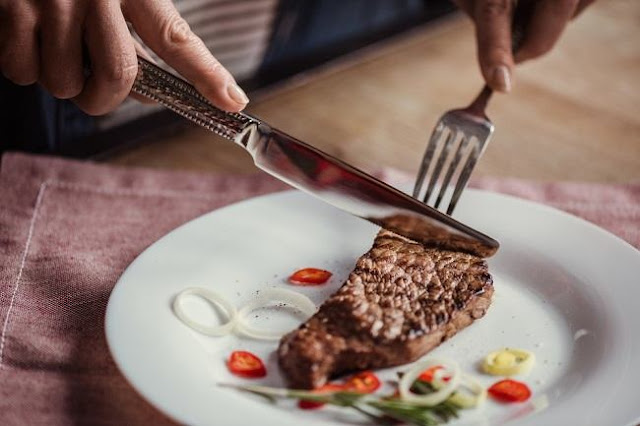 Some Foods Cause High Uric Acid

The following are foods that cause gout that need to be avoided so that uric acid levels in the blood do not spike:

Although seafood has many benefits for the body, gout sufferers are recommended to avoid consuming seafood that contains a lot of purines. Some of these include clams, anchovies, sardines, tuna, oysters, shrimp, lobster, or crab.
If you want to eat seafood that is rich in nutrients but low in purines, salmon is the right choice.

Red meat such as beef, pork, and lamb are indeed high in protein, but these meats are classified as gout-causing foods because of their high purine levels.
If you want to maintain blood uric acid levels, you can replace the protein source in your diet with chicken or vegetable protein sources, such as soybeans in tempeh and tofu.

Poultry meat such as chicken and duck are generally safe for gout sufferers. While the purine levels in turkey and goose are relatively high, their consumption needs to be limited by gout sufferers.

Offal, such as beef liver, beef brain, and chicken intestines, are also one of the foods that cause gout that should be avoided. This is because offal has very high purine levels and can cause acute gout attacks when consumed by patients who have long suffered from gout.

Sugary drinks, such as soda and packaged drinks, can increase uric acid levels in the blood. Most of these drinks contain fructose which can stimulate the body's production of more uric acid.
In addition, alcoholic beverages, especially beer, can also increase uric acid levels in the body. Besides containing a lot of purines, beer also makes it difficult for the body to remove uric acid from the blood.
In addition to the foods above, there are also several other gout-causing foods that need to be limited in gout sufferers, namely dairy products that are high in fat, such as ice cream, milk, and cheese.
Excess uric acid in the blood can be asymptomatic. However, this condition can trigger gout or gout, an inflammation of the joints caused by the buildup of uric acid crystals. In addition, excess uric acid can also accumulate and form kidney stones.
In people with long-standing gout, soaring uric acid levels in the blood due to the consumption of foods that cause gout can cause acute attacks characterized by severe pain. This condition can be so disturbing that it makes the sufferer unable to sleep.
Therefore, the consumption of foods that cause gout needs to be limited, especially for people who already have high levels of uric acid. If you previously have a history of gout, check your uric acid levels regularly to the doctor.
In addition, eat foods that are rich in fiber and meet your fluid needs, at least 8-10 glasses, every day. Do not forget to exercise regularly to maintain an ideal body weight.
If you often eat foods that cause gout and experience symptoms of gout, or maybe your gout is getting more frequent, you need to consult a doctor. If the results of the examination of your uric acid levels are high, the doctor will give you uric acid-lowering drugs and adjust your diet.