Nabeez water is a drink from a mixture of water and dates that have been soaked overnight. In addition to dates, this drink can also be made from raisins or a mixture of raisins and dates. Nabeez water has been consumed for a long time and is claimed to have various health benefits. 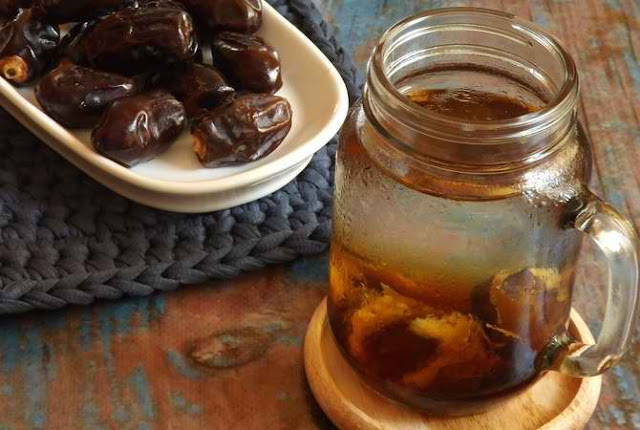 Basically, water nabeez is a kind of infused water because it uses fruits soaked in water to give the water its taste and aroma.
The benefits of nabeez water come from the nutrients contained in dates. This fruit is known to be rich in various nutrients, such as fiber, protein, carbohydrates, sugar, potassium, calcium, phosphorus, magnesium, copper, iron, and antioxidants.

Not only refreshing, nabeez water is also healthy. The following are some of the benefits of Nabeez water for body health:

In addition to water, nabeez water can be used as an alternative to meet the body's fluid needs and prevent dehydration. Not only that, nabeez water is also healthier than other types of sweet drinks, such as sweet tea, soda, or packaged juice.

Dates contain carbohydrates and sugar which are the main source of energy for the body. This makes Nabeez water good for consumption to overcome fatigue, either after exercising or suffering from certain conditions that make you need more energy intake.

When the body is dehydrated, the stool becomes harder and harder to expel. This is the reason why dehydration can cause constipation.
Nabeez water can be an option to overcome the constipation you are experiencing. This drink works in two ways, namely meeting the body's fluid needs and providing fiber intake that can facilitate digestion.

Although it has a sweet taste, dates do not cause an increase in blood sugar. This fruit can actually keep blood sugar stable because it has a low glycemic index.
This makes Nabeez water good for consumption as an alternative for those of you who want to limit sugar intake. However, to stay healthy, the nabeez water you consume should not have added sugar or additional sweeteners.

In addition to keeping blood sugar levels normal, dates are known to lower bad cholesterol (LDL) so they are good for heart health.
Not only that, dates also contain many antioxidants, such as flavonoids, carotenoids, and phenolic acids. The content can also reduce inflammation and reduce the risk of various diseases, ranging from diabetes, macular degeneration, to cancer.
However, there are some things you need to pay attention to when making nabeez water. Avoid soaking dates at room temperature, because it can make the water from soaking dates as a medium for the growth of germs.
In addition, you are also advised not to soak them for more than 1 day, because dates that are soaked for too long can spoil.
Nabeez water is a healthy drink, as long as it is made in the right and hygienic way. If you experience certain complaints after consuming nabeez water, such as diarrhea, heartburn, or stomach pain, you should consult a doctor for treatment.

The Benefits of Chayote are Not Only For Eid Vegetables

No Need for Body Fattening Vitamins, This Is A Safe Way To Gain Weight

Benefits of Agar for the Body

Many Benefits of Cucumber for Baby Complementary