Get the Benefits of Omega 3 Tuna from the womb

Get the Benefits of Omega 3 Tuna from the womb

In one serving of tuna (about 6 tablespoons), can store omega 3 fatty acids up to as much as 300 milligrams. The benefits of omega-3 tuna can be felt even before we are born. 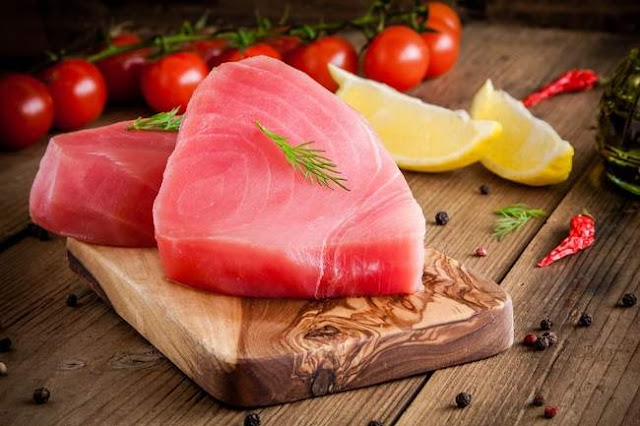 In 100 grams of tuna, there are 200 kcal of energy, 8 grams of fat, 29 grams of protein, vitamin D, choline, vitamin A, phosphorus, iron, zinc, magnesium, and potassium. In addition, tuna is also a good source of omega 3 fatty acids.
Omega 3 is an essential fatty acid needed by the body to function properly. The omega 3 fatty acids in tuna have anti-inflammatory effects that can lower blood pressure and triglyceride levels, reduce blood clotting and irregular heartbeats, and lower the risk of stroke and heart failure.
In fact, consuming at least one or two servings of omega-3-rich fish such as tuna in one week is thought to reduce the risk of heart disease, especially sudden death due to sudden heart attack.

Omega 3 For Fetus and Children

In addition, the benefits of tuna fish with omega 3 content are also good and important for the health and development of children, even before they are born or still in the womb. Here are some of the benefits of omega 3 for the fetus and child.

Reducing the risk of preterm labor

According to one 2003 study, consuming eggs fortified with omega 3 is thought to reduce the risk of preterm labor in women.

There is some evidence to suggest that adding omega 3 to infant formula can improve brain growth and development in babies born prematurely.

A 2008 study revealed that consuming fish oil during pregnancy can reduce the risk of developing asthma in their children when they are teenagers.

There is research that suggests taking omega 3 supplements (DHA and EPA), throughout pregnancy and early breastfeeding, can make children have higher cognitive test scores at 4 years of age compared to children whose mothers did not take these supplements. In addition, several studies have shown that giving formula milk fortified with omega 3 fatty acids can improve hand-eye coordination, attention span, social skills, and intelligence test scores in children.
But…
But keep in mind, if the intake of tuna in pregnant women should be limited. Why? This is because tuna contains more mercury than other types of fish. The amount of mercury we get from food is not dangerous for most people, but it is different if we are pregnant. High amounts of mercury while pregnant can affect the development of the baby's nervous system.
Therefore, pregnant women are only allowed to eat tuna steak twice a week. The weight of the tuna must also be calculated, which is 170 grams when raw or 140 grams when it is cooked. Or, if you want to eat canned tuna, it should be limited to four medium sizes a week. And never eat raw tuna when pregnant, because it can cause food poisoning.
For pregnant women who want to take advantage of omega-3 tuna, it is advisable to first consult a doctor before including the tuna fish menu in your diet.