Food for Diarrhea, Here are the Dos and Don'ts

Food for Diarrhea, Here are the Dos and Don'ts

There are several types of food for diarrhea that you should consume and avoid when suffering from diarrhea. This method is done to relieve the symptoms of watery stools, reduce the frequency of bowel movements, and prevent the risk of dehydration due to diarrhea. 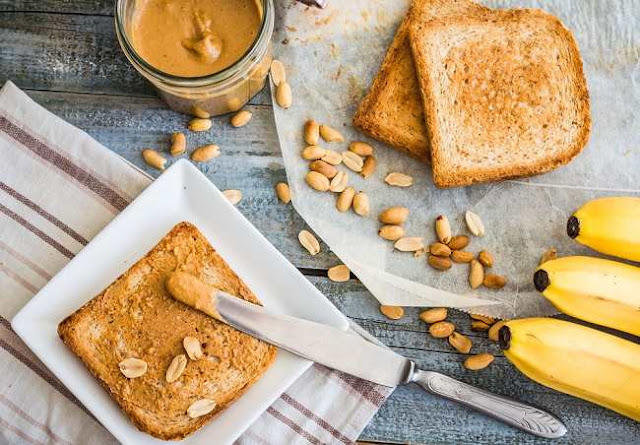 Diarrhea is a condition that can affect anyone and can last for several days, thus interfering with activities. The causes of diarrhea vary, but the most common are bad habits we do, such as eating unclean food and being lazy to wash our hands.
This habit makes viruses, bacteria, or parasites enter the stomach and infect the intestines, causing diarrhea. In addition, diarrhea can also be caused by side effects of drugs, food allergies or intolerances, poisoning, and inflammation of the intestines.
To overcome and relieve diarrhea, you must be more careful in choosing the food and drinks consumed during diarrhea so that the complaints experienced do not get worse.

Foods for Diarrhea that Must Be Consumed

When you have diarrhea, you are advised to eat a simple and unseasoned diet, especially in the first 24 hours after experiencing diarrhea.
Some research shows that foods or drinks that contain probiotics can speed up the healing of diarrhea. In addition, there are several types of foods that are recommended to be consumed when you have diarrhea, including:

BRAT stands for banana (bananas), rice (rice), applesauce (apple sauce or mashed apples), and toast (toast). This diet is good for people with diarrhea because it has high fiber and protein content, and is low in fat so it is good for relieving problems in the gastrointestinal tract.
In addition to these four foods, there are other types of food that are also included in the BRAT diet, namely:
The food menu above is good for consumption by adults, but is not recommended for infants and children because it can cause nutritional deficiencies. You are also advised to return to eating a balanced nutritious diet after diarrhea symptoms improve.
In addition, the BRAT diet is not recommended to be applied long-term and should be consulted with a doctor first.

Diarrhea can make your body lose a lot of fluids and ions or body electrolytes. If not treated immediately, diarrhea can lead to dehydration which can be fatal.
To replace the body's fluids and electrolytes lost during diarrhea, you can overcome it by drinking isotonic fluids that contain electrolytes. For children who have diarrhea, you can give ORS or pedialyte fluids.
In addition to electrolyte drinks, you also need to always meet your fluid intake by drinking at least 8 glasses of water every day to prevent dehydration.

Not only through drinks, you can also eat soupy foods to replace lost body fluids due to diarrhea. Several types of soupy foods that you can consume when you have diarrhea include soup or chicken and beef broth.

Foods and Drinks to Avoid During Diarrhea

If you have diarrhea and don't want it to get worse, you need to avoid some foods and drinks that can make diarrhea worse, such as:

When experiencing diarrhea, you are advised to stop consuming milk and its processed products for a while. Diarrhea makes it difficult for the intestines to produce the enzyme lactase, which the body needs to digest lactose (a sugar found in dairy products).
However, you can still eat yogurt, because this dairy product contains probiotics that are good for relieving diarrhea symptoms.

Drinks that contain alcohol and caffeine can cause loose stools. If you are used to drinking coffee in the morning or evening, it is advisable to stop for a while so as not to make diarrhea worse.

Vegetables and fruits are good for health. However, there are some vegetables and fruits that need to be avoided during diarrhea because they contain gas which can make the condition worse.
Some vegetables that can increase intestinal gas include cauliflower, peas, broccoli, chickpeas, green leafy vegetables, bell peppers, chickpeas, corn, and cabbage. Meanwhile, fruits that need to be avoided when diarrhea is pineapple, grapes, cherries, and figs.
However, there are various types of vegetables that are still safe to eat during diarrhea, such as carrots, green beans, mushrooms, asparagus, and zucchini.

The spicy taste of food generally comes from chili. The capsaicin in chili is what gives it a spicy taste. Although delicious, spicy foods should be avoided during diarrhea because capsaicin can irritate the digestive tract, making diarrhea worse.
When suffering from diarrhea, you must be more careful in choosing foods for diarrhea so that the condition experienced quickly subsides. If diarrhea persists for several weeks, gets worse, or is accompanied by other symptoms, such as darker stool color, dehydration, blood in the stool, nausea and vomiting, fever that does not go away, and weakness, consult a doctor immediately.