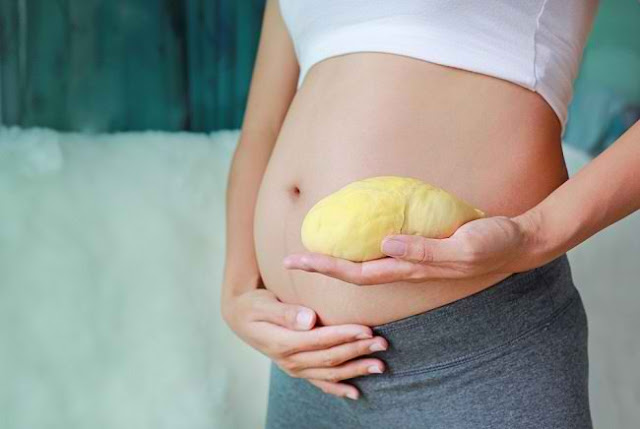 Besides pineapple, durian is quite often referred to as a fruit that should not be eaten during pregnancy. There are those who think that eating durian while pregnant can trigger problems in pregnancy, such as miscarriage, vaginal bleeding, to birth defects in the fetus.
However, you should not accept the myth at face value. Let's find out the facts about eating durian while pregnant.

Durian (Durio zibethinus) is a tropical fruit that is widely found in Southeast Asia, including Indonesia. Some people may not like durian, but not a few people like to eat this sweet and distinctive smelling fruit.
The sweet taste and distinctive aroma of durian comes from the fat, sugar, sulfur, and alcohol content contained in the durian. In 100 grams of durian contains about 150 calories and 3.5 grams of fiber and various nutrients, such as:
In addition, durian is also rich in flavonoids which are antioxidants, B vitamins, folate, calcium, phosphorus, magnesium, iron, zinc, and copper. This nutritional content is good for pregnant women.

Facts About the Effects of Consuming Durian During Pregnancy

Unlike the myths that are widely circulated, durian can actually benefit pregnant women thanks to its nutritional content. In addition, so far there have been no scientific studies that prove that durian is harmful to pregnant women or fetuses.
The following are some of the benefits of eating durian for pregnant women:

Pregnant women may get tired more easily, especially if they still have to do various activities and jobs. Well, pregnant women can try to eat durian, because the carbohydrate, sugar, and calorie content in durian can increase the energy needed by the body.

Durian fruit contains high enough folate. This nutrient is one type of nutrition that is important for pregnant women and fetuses because it can support the formation of the nerves, brain, and spine of the fetus, and prevent birth defects in babies.
In addition, folate also plays a role in producing red blood cells, so pregnant women can be prevented from anemia or lack of blood.

Some people often think that durian is a fruit that is rich in cholesterol content. However, this assumption is wrong. Although it contains quite high fat, the type of fat found in durian is not cholesterol.
Cholesterol is only obtained from animal fat, so it is not found in vegetable fats, one of which is durian. In addition, because of its high fiber content, durian is actually considered to prevent the increase in cholesterol.

Durian is a fruit with a low glycemic index. This means, durian fruit does not quickly increase blood sugar levels. The researchers suspect, this is because the content of fiber, fat, potassium, and antioxidants in durian is high.
However, pregnant women still need to limit the consumption of durian so as not to overdo it. This is because durian fruit contains a lot of sugar and carbohydrates. Pregnant women may also consult a doctor before eating durian if they have certain conditions, such as gestational diabetes.
In conclusion, eating durian during pregnancy is not dangerous, as long as the amount of durian consumed is not excessive and if the condition of the pregnant mother and fetus is healthy. In addition, to meet nutritional needs during pregnancy, pregnant women are also advised to undergo a balanced nutritious diet.
Durian fruit may need to be avoided or reduced in consumption if pregnant women have certain conditions, such as diabetes, high blood pressure, preeclampsia, or obesity. Durian fruit also needs to be avoided if it makes pregnant women often nauseous and vomits or aggravates morning sickness.
In addition to the myth of abstinence from eating durian during pregnancy, there are many other myths about pregnancy that are still believed to this day. In order to have a peaceful pregnancy, it is better for pregnant women not to believe the myths that develop before finding out the facts.
If pregnant women have questions or concerns about pregnancy or are still unsure about the effects of eating durian while pregnant, don't hesitate to ask your obstetrician directly.