Don't Blame Metabolism If You're Fat

Don't Blame Metabolism If You're Fat

A low metabolic rate is often considered a factor causing fat to accumulate and weight that is difficult to lose. In fact, that is not the only cause of your body fat. 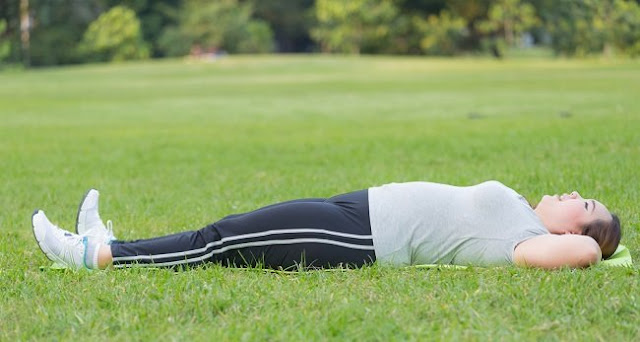 It is often misunderstood, people who are fat simply because of a low metabolic rate. Even though this is not the case, the body can be fat because the calories you consume are more than the calories you burn every day. Eventually, fat in your body accumulates, causing the body to become fat.
High or low metabolic rate is influenced by several factors, including age, gender and genetics. For example, men have a higher metabolic rate than women, because men have more muscle mass than women.
In addition to gender, age also affects metabolic rate because as you age, muscle mass will also decrease. As a result, fat can accumulate more easily. So in other words, if you want to have the weight you want, you need to increase the muscle mass in your body.

How to Get a Healthy Weight and Metabolism

There are several ways to optimize metabolism and get a healthy weight in the right way, namely:

As you already know that metabolism is the body's process of converting all incoming intake into energy. Meanwhile, muscle mass needs to burn quite a lot of calories to carry out its functions properly and the right way to increase muscle mass is to do exercise. Such as running, zumba, and aerobic exercise which are alternatives in burning calories and increasing the body's metabolism.

Don't just because you want to get your dream weight fast, then you don't want to increase your daily intake and forget about breakfast. Precisely breakfast is important in increasing metabolism. The reason is, when you skip breakfast and leave the stomach hungry, the brain will actually send a signal to the body's cells to save energy, not to burn stored fat. Therefore, make it a habit to have breakfast before moving.

It may not have occurred to you before, but studies show that sleep also affects a person's metabolism. When you sleep less, or sleep less than 8 hours, the hormones in your body become out of balance so you only increase the risk of consuming more calories, while the body's ability to burn calories decreases.

The term eating less or 'snacking' turns out to be very good because it can stimulate cells that function in burning calories in the body, provided that the food you eat is protein-rich and not high in sugar, such as low-fat dairy products or nuts. beans.
In addition to some of the things above, you also need to eat foods that contain vitamins and minerals that the body needs, such as fruits and vegetables, as well as sufficient consumption of mineral water.
From now on, you should stop blaming your metabolism and start a healthy lifestyle, because a healthy lifestyle is important to keep your metabolism running properly, and helps your body burn excess calories.