Do not underestimate, these are the various benefits of watercress for health

Do not underestimate, these are the various benefits of watercress for health

The benefits of watercress are many. Various types of substances and important nutrients contained in these vegetables are believed to have a good effect on maintaining a healthy body and preventing various diseases. 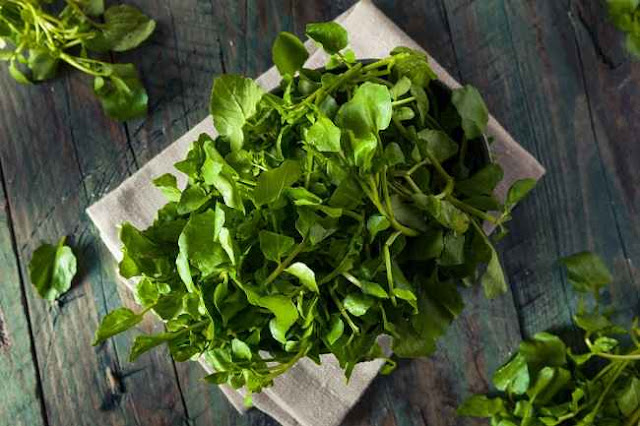 Although watercress is not a popular vegetable, its benefits are undeniable. In addition to containing many beneficial nutrients, such as fiber, vitamins, and minerals, this vegetable is also low in calories, fat free, and rich in antioxidants.
Having a slightly spicy taste, you can enjoy watercress in soup preparations, various types of potato dishes, with eggs, or it can be used as a filling for spring rolls and your favorite stir-fried vegetable mixture.

The following are the various benefits of watercress that you need to know:

Watercress is useful as a source of natural antioxidants, such as phenols and flavonoids. In fact, in one study, watercress outperformed several other vegetables in total phenol count, flavonoid diversity, and antioxidant activity.
In the human body, these antioxidants play an important role in protecting the body from cell damage caused by free radicals, so that the body avoids various chronic diseases, such as diabetes, cancer, and heart disease.

2. Lowers the risk of cancer

Green leafy vegetables, such as watercress, are one of the top foods of choice for fighting cancer. Apart from its high antioxidant activity, watercress is also thought to protect you from cancer thanks to the isothiocyanate content in it.
Isothiocyanates are chemical compounds that are active when watercress is bitten or chopped. This compound is proven to protect body cells from damage, inhibit the activity of carcinogenic substances that enter the body, and inhibit the growth and spread of tumors.

One of the benefits of watercress that is no less important is that it helps strengthen bones. Watercress contains many minerals, such as calcium, magnesium, potassium, and phosphorus, which are necessary for bone health.
In addition, one serving (35 grams) of watercress contains more than 100% of the daily requirement of vitamin K. This vitamin is part of a protein that is important for maintaining bone density and preventing various risks of bone diseases, such as hip fractures and osteoporosis.

Watercress is also a good source of vitamin C to strengthen the immune system. Vitamin C has been shown to increase the production of white blood cells that can fight and reduce the risk of infection.

In addition to vitamin C, watercress also contains vitamin A which is useful for maintaining eye health. Several studies have also shown that the antioxidant content of lutein and zeaxanthin in watercress is very important to protect the eyes from various damages that can cause blindness.

The human body is very dependent on water to carry out its functions properly. Not only by drinking, consumption of fruits and vegetables that are high in water content can also maintain adequate water levels in the body. As the name implies, watercress has a very high water content so it is very well used to prevent dehydration.
After knowing the various benefits of watercress above, you can start making watercress as a source of nutrition for you and your family members at home.
However, make sure you wash the watercress thoroughly and cook it thoroughly. It is important to avoid contamination of the watercress by fasciolid worm larvae from sheep or cow dung. Infection with these worm larvae can cause a dangerous liver fluke infection.
In order to maximize the benefits of watercress, you need to combine this vegetable with various other nutritious foods. To get the best daily dose of nutrients, you can consult with your doctor about combining watercress with other foods in your diet.