Dangers of Eating Fried Food and How to Get Around It

Dangers of Eating Fried Food and How to Get Around It

Fried food is one of the foods that can spoil the tongue. However, did you know? The danger of eating fried foods is also unavoidable. The habit of consuming fried foods is known to increase the risk of various chronic diseases. 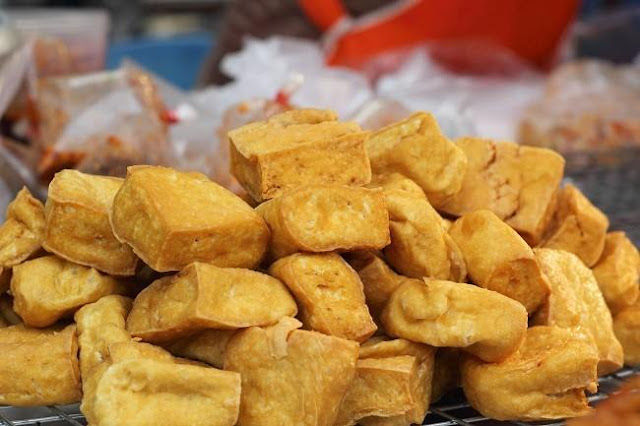 Tempeh, tofu, and chicken are healthy foods. However, almost all people prefer fried tempe, tofu, or chicken rather than steamed or boiled. In fact, the frying process actually reduces the nutritional value of the main ingredients because it will add calories and fat content.

There are several dangers of eating fried foods for your body that are important to understand, including:

Fried foods will absorb fat from the oil, so the calories will be higher. The higher a person's daily calorie intake, the higher the risk of being overweight and obese.
In addition, the content of trans fat in fried foods also plays an important role in weight gain. This fat is known to affect the work of hormones that can increase appetite and increase fat storage.

2. Increases the risk of cardiovascular disease

The danger of eating fried foods that has been widely studied is the increased risk of heart disease. It is known that fried foods can increase the risk of obesity, while obesity is a risk factor for heart disease.
Cooking oil also contains a lot of saturated fat and trans fat which are known to increase blood cholesterol levels. This increase in cholesterol can be at the root of various cardiovascular diseases, including coronary heart disease, heart attacks, and strokes.

Fried foods are usually coated in flour. Foods that are processed like this will be higher in calories and contain more simple carbohydrates and unhealthy fats.
Too much fat in the diet can not only cause weight gain, but also increase the risk of developing type 2 diabetes. This can happen to anyone, including children and pregnant women.
Women who have the habit of eating fried foods before becoming pregnant are also known to be at a higher risk of developing gestational diabetes during pregnancy. This should be watched out for because gestational diabetes can increase the risk of pregnancy complications that are dangerous for the mother and fetus.

4. Increases the risk of cancer

The danger of eating fried foods that also cannot be underestimated is that it increases the risk of getting cancer. This hazard can arise from acrylamide substances that can form during high-temperature cooking processes, such as frying.
Starchy foods, such as french fries or fried chicken, are known to contain higher levels of acrylamide when exposed to high temperatures. If too much and often consumed, this substance is suspected to cause several types of cancer, such as ovarian cancer.
In addition, trans fats in fried foods are known to increase the amount of compounds that support inflammation in the body. This is known to contribute to an increased risk of cancer.

Efforts to Avoid the Dangers of Eating Fried Food

Given the dangers of eating fried foods that cannot be underestimated, from now on try to limit this habit. However, if you still want to eat fried foods, you need to do the following:

To reduce the risk of the dangers of eating fried foods, the best way you can do is to replace your cooking oil with healthier types of oil, such as olive oil, coconut oil, and avocado oil.
Meanwhile, the type of oil that is not recommended for frying food is oil that is high in unsaturated fatty acids, such as soybean oil, corn oil, canola oil, sesame oil, and sunflower oil.
It is equally important to minimize the dangers of fried food by avoiding the repeated use of oil. It is recommended that the oil is only used once in frying.

Pay attention to how to fry

So that the oil does not absorb into the fried food, it is recommended to fry the food at a temperature of 176–190°C. You can use a frying thermometer to check this.
The frying temperature is important to note, because too high an oil temperature can damage the oil and produce free radicals that are bad for health in the long run. Meanwhile, if the temperature is lower, the oil will seep into the food and make the food more fatty.
So that the fried food is not too oily, it is also recommended to drain the food with paper towels so that the excess oil on the surface of the food can be absorbed.

To be healthier, instead of frying food, try grilling it. Baked foods can also be crunchy and just as delicious as fried foods. Before grilling, coat the food with herbs or spices for a more delicious taste.
You need to know that most animal proteins, such as beef, chicken, and fish, also contain a lot of fat that can escape when heated in non-stick cooking containers. So, you can use natural fats to cook food without adding cooking oil.
Now there is a frying tool without oil (air fryer). Although the price is more expensive, this tool can be an option for a healthier life.
If you still want to eat fried foods, it's better to make your own fries at home instead of buying them. Homemade fries tend to be healthier because you can choose the oil and how to fry them wisely.
Eating fried foods is actually not forbidden at all, but must be limited and accompanied by healthy and nutritionally balanced foods. To find out a healthy diet that suits your condition, don't hesitate to consult a nutritionist.

The Benefits of Chayote are Not Only For Eid Vegetables

No Need for Body Fattening Vitamins, This Is A Safe Way To Gain Weight

Benefits of Agar for the Body

Many Benefits of Cucumber for Baby Complementary