Come on, know the facts behind the fruit that is forbidden for pregnant women

Come on, know the facts behind the fruit that is forbidden for pregnant women 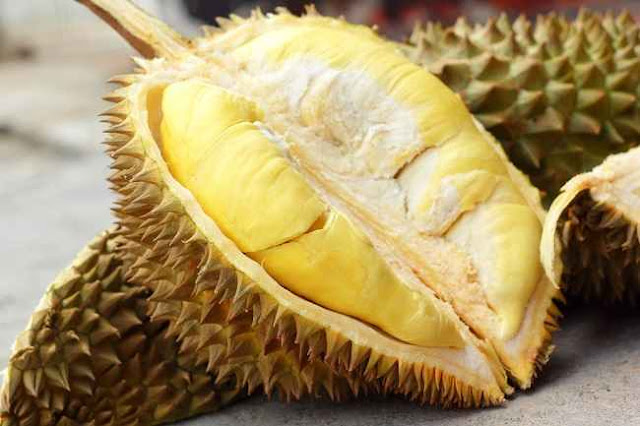 Adequate nutritional intake is needed to maintain the health of pregnant women and fetuses. Fruit is one type of food that can help meet these nutritional needs. Even so, there are several types of fruit that are usually prohibited to be consumed during pregnancy for various reasons.

The following are facts about various fruits that are believed to be dangerous and prohibited for pregnant women:

Consumption of durian during pregnancy is believed to trigger miscarriage, excessive bleeding during childbirth, and birth defects. In fact, this fruit contains a variety of healthy compounds, such as organo-sulfur and tryptophan, antioxidants, antimicrobials, and antibacterials, which are good for pregnant women.
Durian can be consumed by pregnant women as long as it is not excessive. Even so, pregnant women who suffer from diabetes or high blood pressure are advised not to eat durian, because this fruit can aggravate both diseases.

Pregnant women are often forbidden to eat papaya because it is believed to trigger abdominal pain before giving birth and cause miscarriage. This turned out to be not entirely wrong.
Young papaya whose skin is still green has a high content of latex and papain. The latex in papaya can cause uterine contractions thereby triggering early labour. Not only that, latex can also trigger allergies, so it should be avoided.
While the papain in unripe papaya has effects similar to prostaglandins, which are hormones that can induce or stimulate labor.
In contrast to unripe papaya, ripe papaya whose skin is already orange or yellow is actually good for pregnant women. Ripe papaya is a source of various vitamins, such as folate and vitamin A, which are good for pregnant women.

Consuming pineapple during pregnancy is believed to cause miscarriage, and the risk of giving birth to a baby with defects. This issue may stem from the content of the enzyme bromelain in pineapple.
Bromelain in tablet form is not recommended for pregnant women, because it can disrupt the body's protein balance and cause bleeding. Even so, bromelain levels in pineapples are low enough so that they do not affect the condition of pregnant women and fetuses.
When consumed in reasonable amounts, pineapple is actually good for pregnant women, because it is a source of vitamin C and iron. However, you should avoid eating too much pineapple, because it can increase stomach acid.