Coconut Milk for Complementary food, Safe or Not?

Coconut Milk for Complementary food, Safe or Not?

Adding coconut milk to food can create a more savory and delicious taste. However, can coconut milk be added to the baby's complementary food menu? If you want to know the answer, let's take a look at the following article. 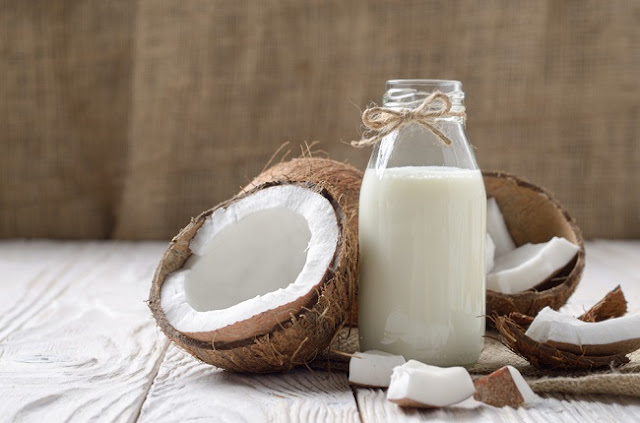 To get coconut milk, grated old head meat is moistened first, then squeezed and filtered. This food ingredient is very common in Indonesian cuisine, ranging from soupy to grilled dishes.

Coconut milk is a good source of fat, protein, vitamin B3, vitamin C, iron, magnesium, copper, manganese and selenium. Thanks to these nutrients, it is not surprising that coconut milk can provide benefits for the health of the body.
Mother has been able to introduce the savory coconut milk since the little one was 6 months old. Coconut milk can be a good source of fat in complementary foods to breast milk. Mothers can mix coconut milk with rice porridge and meat, or make banana compote sauce.
Coconut milk contains lauric acid, which is a saturated fatty acid that is known to protect the body from infection. The nutrients in coconut milk can also act as antioxidants to strengthen the immune system, so that the body is stronger against infections and disease-causing bacteria.
In addition, vitamin B3 in coconut milk can increase the body's metabolic rate, increase energy, and maintain a healthy circulatory and nervous system.
If your little one is 12 months old and over, coconut milk can be a substitute for milk. This alternative is usually used for children who have a cow's milk allergy or lactose intolerance. Choose milk products from coconut milk that are fortified with calcium so that they can still support the formation of bones and teeth.

Things to consider before giving coconut milk to babies

Although coconut milk is a food that is safe for babies to consume, there are several things that you need to pay attention to before giving it to your little one.
Make sure you don't replace breastfeeding with milk from coconut milk. This drink does contain the nutrients needed by babies, but not all the nutrients provided are the same as breast milk.
Also remember that coconut milk contains a fair amount of saturated fat. In addition, some packaged coconut milk products have added artificial sweeteners. Consumption of saturated fatty acids and sugar in excessive amounts can actually have a bad impact on your little one's health, Bun.
So, coconut milk can be given to babies, as long as it's not too often. When processing food with coconut milk, you are also advised to make your own coconut milk instead of using packaged coconut milk.
If you still have questions regarding the safety of consuming coconut milk in babies or regarding other complementary foods, don't hesitate to consult a doctor, okay?