Patients with gallstones need to be more selective in choosing food. This is because there are good types of foods to relieve and prevent the recurrence of gallstone symptoms, but there are also foods that can make this condition worse. 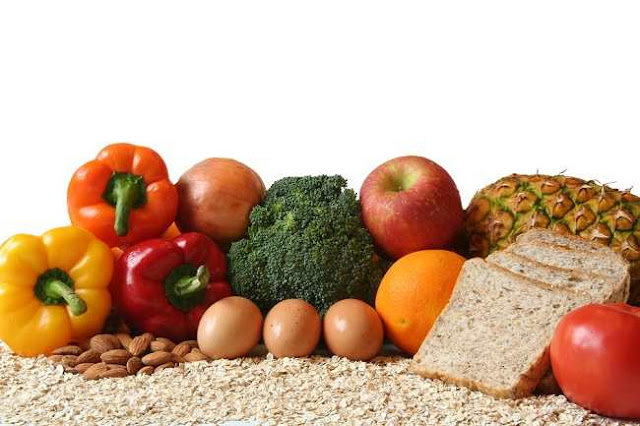 The gallbladder is a small organ located behind the liver. Its function is to accommodate bile produced by the liver. When food enters the intestine, the gallbladder will channel bile into the intestine to help digest fat.
When stones form in the gallbladder, bile secretion can be blocked, causing symptoms of gallstones, such as abdominal pain, bloating, nausea, and vomiting.
The formation of gallstones is more at risk in people who often eat fatty foods, are obese, smoke frequently, have high cholesterol, or have experienced drastic weight loss in a short time. In addition, pregnant women, people who take certain medications (such as birth control pills), or people with liver disease are also more at risk of developing gallstones.

Foods that are Good for Gallstones

Gallstones can be treated with medication or surgery. There is no specific diet or diet that can get rid of gallstones. However, the consumption of the following foods can relieve the symptoms of gallstones and prevent their formation in the future:

Patients with gallstones are advised to increase their fiber intake which can be obtained from vegetables and fruits. Besides being rich in fiber, these two types of food also contain lots of antioxidants, magnesium, and vitamin C which are thought to prevent the formation of gallstones.

Whole grains are also a good food group for gallstones. Foods that include whole grains include wheat, barley, oats, brown rice, and cereals.

Fish oil rich in omega-3s can help reduce the risk of developing gallstones. Consumption of fish oil and olive oil can also help in healthy and regular emptying of the gallbladder.

Red meat which is high in fat is generally not a good food for people with gallstones. Therefore, replace red meat with skinless chicken or fish, because these two types of food contain less fat.

Other foods that are also good for relieving and preventing gallstones are tofu, tempeh, nuts, and milk and processed products (eg yogurt). However, the milk consumed should be low in fat.
Although these foods are safe for consumption, you are not advised to eat them in large portions at once. This can cause a feeling of bloating which actually worsens the symptoms of gallstones. You are advised to eat food in small portions but more often.
Also be careful about consuming vegetables that contain a lot of gas, such as broccoli and cabbage, because these vegetables can cause flatulence.

Foods that are Bad for Gallstones

Processed meats and red meat are high in fat

Bacon, sausage, ham, burgers, and chicken skin contain a lot of saturated fat, especially when cooked by frying. These foods can increase the risk of gallstones forming and worsen the symptoms of existing gallstones.

Foods that are processed by frying, such as french fries, potato chips, and fried chicken, as well as coconut milk dishes are not recommended for consumption by people with gallstones. This is because these types of foods contain a lot of fat and oil, which can worsen the symptoms of gallstones.

Processed sugar is found in cakes, donuts, chocolate, and soft drinks. Research shows that these types of foods and drinks can increase the risk of gallstones forming.
In addition to the above foods, milk or dairy products that are high in fat, such as ice cream, cheese, and butter, should also be limited by people who suffer from gallstones.
Choosing the right foods for people with gallstones can relieve symptoms and prevent the disease from reappearing. However, if the symptoms of gallstones still recur or even get worse, for example, severe pain appears in the upper right abdomen or changes in the color of the skin and eyes to yellow (jaundice), immediately consult a doctor for treatment.