Pepper or pepper is one of the most widely used kitchen spices in cooking, especially Indonesian cuisine. There are two types of pepper known to the public, namely black pepper and white pepper. However, did you know that apart from being used as a kitchen spice, it turns out that there are benefits of pepper in the health sector that are a pity to miss. 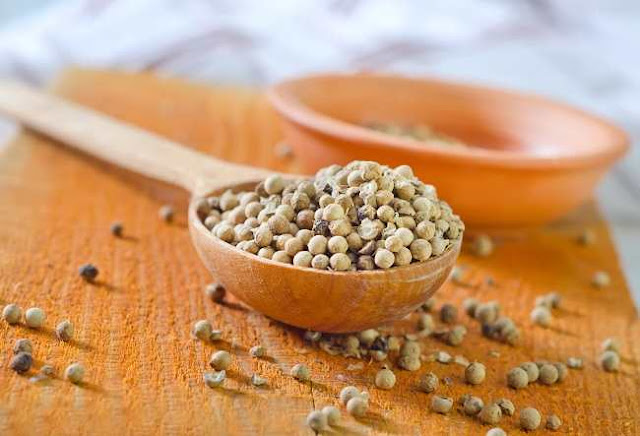 Pepper itself is an unripe fruit produced from the Piper nigrum plant. History records that in the 18th century, a Portuguese explorer named Vasco de Gama, had led an expedition on a mission to find pepper for trade. In addition to being the most traded commodity in the world, it turns out that pepper has also long been used in traditional medicine in India. Until now, there are those who consider the benefits of pepper to be able to cure certain conditions, such as stomach pain, bronchitis, malaria, and cholera, although this theory still needs further proof.

Various Benefits of Pepper for Health

Pepper is a type of spice that contains various nutrients that are good for health. One teaspoon of pepper contains 6 calories, 0.2 grams of protein, 1.4 grams of carbohydrates, and 0.6 grams of fiber. Not only that, pepper also contains calcium, iron, magnesium, phosphorus, potassium, vitamins A, B1, B2, B3, B6, and vitamin K, although in small amounts. With these nutrients, it is not surprising that pepper can provide health benefits for the body.
Here are some of the health benefits of pepper, namely:

If you have a stuffy nose, you can use pepper to help relieve the condition. Pepper is known to contain natural decongestants that are able to thin the buildup of mucus in the respiratory tract. You can also get the benefits of this pepper by mixing a little pepper in some soupy dishes, such as chicken soup.

According to a laboratory study, pepper extract is able to inhibit the growth of bacteria, such as E. coli, Listeria, Salmonella, and Staphylococcus. This is because pepper has natural antibacterial properties that can prevent these bacteria from growing in food.

In addition to having antibacterial properties, it turns out that the piperine content in pepper also has anti-inflammatory properties which are thought to be able to reduce inflammation and pain in arthritis sufferers. A study even revealed that piperine in pepper is useful for inhibiting the hormone prostaglandin and interleukin substances that can trigger inflammation in the joints. However, this research is still limited to animal testing.

Pepper oil is thought to be able to prevent type 2 diabetes. A study even revealed that the piperine content in pepper was able to lower blood glucose levels. Meanwhile, other studies say piperine is useful for inhibiting the amylase enzyme in breaking down starch into glucose. However, these two studies are still limited to animal trials, and there are no studies that confirm the benefits of pepper as a diabetes drug in humans.
Although there are various potential benefits of pepper for health, you still have to be wise in consuming pepper. Pregnant women are also advised not to consume pepper in excess, to reduce the risk of miscarriage. Also, avoid using pepper on your skin, as it can cause heat and redness, especially if you have sensitive skin. Consult your doctor first before you decide to try the various benefits of pepper, especially if you have certain health conditions.