Cascara may not be widely known by the people of Indonesia. The skin of the coffee fruit which is widely consumed as herbal tea has a refreshing taste. Not only that, cascara also contains a variety of nutrients and antioxidants that are good for body health. 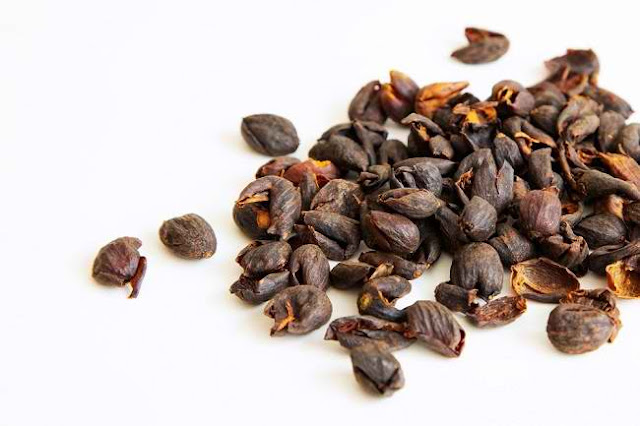 Cascara is made from the skin of the coffee fruit and is often processed and consumed as an herbal tea. In addition to its refreshing taste, cascara or coffee cherry is also known for its distinctive aroma.
Some people who have tried it judge cascara tea to have an aroma that is almost similar to apples, peaches, oranges, and cinnamon.

Benefits of Cascara for Health

Cascara contains a lot of Therefore, cascara tea is considered as one of the drinks that are good for health.
The following are some of the health benefits of cascara that you can get:

Cascara is known to be good for digestion. The benefits of this cascara can be used to prevent and treat constipation or constipation. In addition, cascara is also rich in antioxidants that can support the growth of good bacteria or probiotics in the intestines.
Some research also states that consumption of teas that contain high antioxidants, such as green tea and cascara, can relieve symptoms of peptic ulcers and intestinal inflammation.

2. Inhibit the growth of cancer cells

Cascara is rich in antioxidants, especially polyphenols, which are good for preventing cell and tissue damage from exposure to free radicals. Antioxidants are one type of substance that can prevent the growth of cancer cells.
Some studies also mention that foods or drinks that are high in antioxidants, including cascara tea, can reduce the risk of cancer. However, the benefits of this one cascara still need to be studied further.

Not only rich in polyphenol antioxidants, cascara tea also contains a lot of cholorogenic acid. Some research shows that these substances are known to be good for reducing inflammation, lowering bad cholesterol (LDL) levels, and preventing blockages in blood vessels.
This effect makes cascara good for consumption to reduce the risk of cardiovascular disease, such as heart disease.

Consumption of coffee and tea, including cascara tea, is known to lower and control blood sugar levels. Some research also states that consumption of tea and coffee can reduce the risk of insulin resistance and type 2 diabetes.
However, to be healthier, try not to add sugar or additional sweeteners to cascara tea.

Cascara tea is also known to be good for consumption to maintain brain health and function. This is thanks to the antioxidant and caffeine content in cascara. Caffeine is a stimulant that can improve concentration and memory and fight drowsiness.
Not only that, some research also shows that coffee and tea consumption, including cascara tea, can reduce the risk of decreased brain function that causes dementia or senile dementia.
However, the caffeine in cascara tea may cause side effects, such as difficulty sleeping, chest palpitations, and feelings of anxiety. Therefore, people who have certain medical conditions, such as anxiety disorders, need to limit their consumption of caffeinated drinks, such as coffee and cascara tea.

How to Enjoy Cascara Tea

Cascara tea can be enjoyed warm or cold. The following is a method of processing cascara tea that you can try:
Cascara tea is one of the healthy drinks that can be consumed by anyone. However, to prevent the side effects of caffeine contained in it, you should limit the consumption of cascara tea, to no more than 2-3 cups per day.
Also try not to drink cascara tea before bed at night, as it can make it harder for you to fall asleep.
If you still have questions about the health benefits of cascara tea or have certain medical conditions and want to make sure whether cascara is safe for consumption, you can consult a doctor.