Beware of the Following Rows of Miscarriage Trigger Drinks and Foods!

Beware of the Following Rows of Miscarriage Trigger Drinks and Foods!

While pregnant, you should not eat or drink carelessly, because it can endanger your health and that of your fetus, and even cause miscarriage. Know what drinks and foods trigger miscarriage, so you can avoid them. 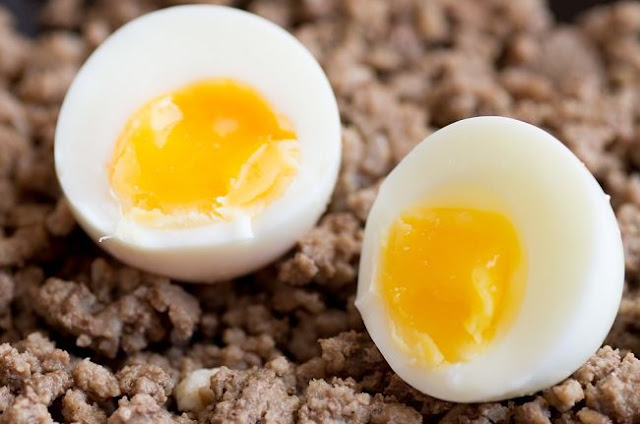 To support the growth and development of the fetus in the womb and to meet the energy and nutritional needs of the body, pregnant women are indeed required to consume healthy and nutritionally balanced foods and drinks.
In addition, there are also foods and drinks that pregnant women need to avoid, because they are not good for health. Some of them are even considered dangerous and can cause miscarriage.

The following are various miscarriage-triggering drinks and foods that should be avoided during pregnancy:

Raw eggs and undercooked eggs are at risk of containing certain bacteria, such as Salmonella, which can increase the risk of miscarriage. This also applies to foods that contain raw eggs, such as mayonnaise or salad dressing.

Eating raw or undercooked meat puts you at risk of infection with the parasite Toxoplasma gondii (toxoplasmosis), Salmonella, Listeria, and E.coli bacteria. This can lead to miscarriage and serious complications for the baby.

Pregnant women are definitely advised not to eat raw seafood, such as sushi and sashimi. Eating raw seafood, especially shellfish, can lead to viral, bacterial, or parasitic infections, such as norovirus, Salmonella, and Listeria. In addition, pregnant women are also advised to limit their intake of fish containing mercury.
Consuming raw seafood can cause serious health problems in pregnancy, such as premature delivery, fetal defects, miscarriage, stillbirth.

This is a sheet of processed meat that is usually used as a filling for sandwiches or homemade hamburgers. If not processed properly, these foods can contain Listeria bacteria which can enter the placenta, infect the fetus, and cause miscarriage.
If you want to eat deli meat, make sure to cook it thoroughly. Not only deli meat, processed meat, smoked salmon, raw or unpasteurized milk and its processed products, and vegetables that are not washed properly can also contain Listeria bacteria.

This fruit contains the enzyme bromelain which if consumed too much is feared can cause the cervix to become soft and trigger contractions. Because of these effects, pineapple is often thought to trigger miscarriage.
However, these claims still require further evidence and research and there is no evidence that pineapple can cause miscarriage. So, pregnant women may consume pineapple, as long as it is not excessive.

If consumed in an immature condition, aka still young, papaya is not safe for consumption by pregnant women. The reason, unripe papaya contains sap or latex which may cause contractions.
Even so, the claim that raw papaya is a food triggering miscarriage also still needs to be investigated further.

Consuming liquor or alcoholic beverages while pregnant can increase the risk of miscarriage and stillbirth. Alcohol can also interfere with the development of the baby's brain, inhibit growth and development later after birth, and cause birth defects in babies.

Stay away from drinks that contain caffeine, such as coffee, chocolate, and tea, while you are pregnant. Some studies show that consuming too much caffeine can cause miscarriage, premature birth, and low birth weight babies. If you want to consume caffeine, limit it to no more than 1 cup per day.
To be on the safe side, you can consult with a gynecologist about which drinks and foods that trigger miscarriage should be avoided while pregnant. Don't forget to have regular prenatal checkups too.