Cancer is a disease caused by changes in genetic traits in body cells. One of the factors that can increase the risk of these changes is an unhealthy lifestyle, such as the habit of consuming instant foods, fatty foods, and alcoholic beverages. 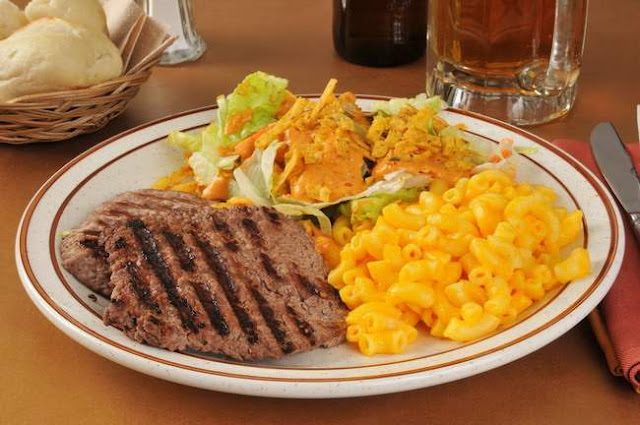 Which includes red meat, including beef, pork and mutton. This type of meat is indeed a good source of protein and minerals, but is high in saturated fat and cholesterol. Eating too much red meat can also increase the risk of colon cancer, pancreatic cancer, and prostate cancer.
The International Agency for Research on Cancer (IARC) also ensures that consuming too much red meat can increase a person's chances of getting cancer. Not only that, processed red meat products such as ham, sausage, bacon, and smoked meat are even categorized as carcinogenic ingredients. That is, the substances contained in these ingredients are proven to cause cancer.
In addition, how to process red meat itself is also considered to have an effect on cancer risk. Grilling, grilling, and frying meat are thought to produce carcinogenic substances. Therefore, the steaming and boiling method of cooking is considered a healthier way to cook red meat.
Eating red meat is actually okay, as long as the amount is limited. The daily amount allowed for red meat and processed meat products is about 70 grams. Or you can replace red meat with other, healthier types of meat, namely lean chicken and fish.

Sodium benzoate is a preservative that is commonly added to acidic foods and soft drinks. Sodium benzoate in soft drinks can react to become benzene when combined with vitamin C. This material is then touted as one of the triggers of cancer.

These are additives or additives that are usually found in cured meats, such as canned meat or sausages. Eating foods that contain high levels of sodium nitrite is thought to trigger stomach cancer.
Read the packaging labels before consuming instant foods and drinks to find out if there are any of the substances above.

Liquor or alcohol can cause damage throughout the body. Too much alcohol consumption is associated with an increased risk of oral cancer, throat cancer, esophageal cancer, breast cancer, colon cancer, pancreatic cancer, and liver cancer.
To prevent and reduce the risk of developing cancer, it is important to lead a healthy lifestyle and stay away from cancer-causing foods and drinks. Regularly eating healthy foods such as fibrous foods and foods rich in antioxidants, diligently exercising, quitting smoking, and having regular medical check-ups to the doctor are cancer prevention steps that can be taken.